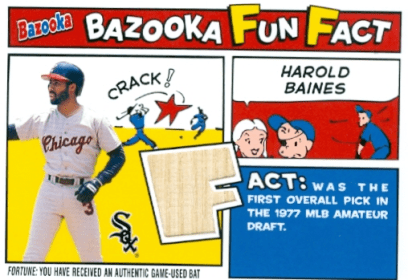 A few players could be on the button this year and in the future. One of these players is none other than Harold Baines. His overall career stats look pretty good (close to 3000 hits, 400 HR, etc). The problem lies in his yearly production. While he has a career OPS+ of 120, he rarely appears in any top 10 categories for individual seasons. He only cracked the top 10 in OPS three times, batting average three times, HR once, slugging once and OBP once. Basically Baines was a nice, steady player that contributed throughout his career. He wasn’t a true breakout style player.

On the surface the same could be argued for Bert Blyleven. Blyleven, while being a number one for the majority of his career, made only two all-star appearances and he only received votes in Cy Young balloting four times (never winning). But what sets Blyleven apart is his consistant above average performance, placing in the top 10 in league ERA, SO, SO/BB, WHIP, Wins, IP, etc numerous times throughout his career. Of course his career wins and strikeout totals are also enough to push him over the edge. 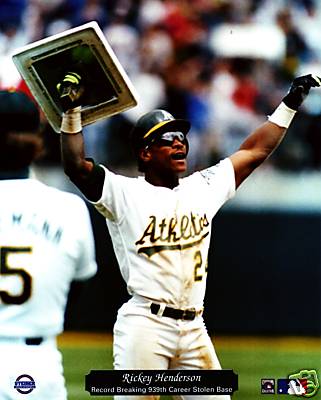 Rickey Henderson is an easy pick. I won’t go into much detail here. Everyone knows what Rickey accomplished during his career. The only question here is will Rickey become the first ever HOF player to pull a Guy Lafeur by coming back to play again in the MLB as a pinch runner/coach. Although this is highly unlikely it’s still an interesting thought. 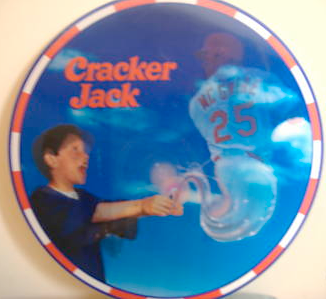 Mark McGwire walked, struckout and hit numerous homers. I could care less about the “taint” of steroids. I’ve done a number of articles about my feeling on this, which if for some reason you’re interested in, can be found by using our search bar and the term “mcgwire steroids”. Anyways, Big Mac was an OPS machine in almost every season of his career, posting OPS+ scores of 130 and above in 12 different seasons. He cracked the elusive 200 OPS+ score four different times. To put that into perspective, the highest Albert Pujols has come to the 200 mark was his 190 OPS+ score last season. Mac hit 583 HR, knocked in 1414 RBI, was a 12 time all-star, a ROY and even won a gold glove in 1990. His selection is an easy pick in my eyes. 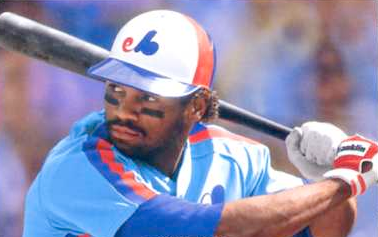 The final player on my ‘yes’ ballot is the “Rock” Tim Raines. On a side note many believe his nickname came from his love of the cocaine. Well, he did have the love for the coke (he even admitted to sliding headfirst in order to not mess with his bag of coke that he kept in his back pocket) but he was actually given the nickname back in spring trainging of 1977 when he shanked some flyballs. Back to baseball, Raines was an OBP machine, finishing with a career .385 mark. He holds the number 5 spot in all-time SB, added 2605 hits, 1571 runs and placed in the top 10 in times on base 8 times in his career. Raines probably feel just short of superstar status during his career. Unlike Baines, the Rock didn’t merely hang around and produce above average numbers, he was an elite top of the order hitter for 15+ seasons.