Quick Season Summary: Sergio blew a save in the second game of the gear in Cleveland, then proceeded to implode during the Jays home opener, giving up 3 runs in ninth to the hated Red Sox. An injury later in April derailed his season and left Sergio without his chance of redemption. Well, until now.

Of course that depends on how his arm feels, any minor injuries (like his current tricep tweak), and a variety of other factors.

But what exactly went wrong? How did a pitcher that was previously so dominant look oh-so human?

It’s hard to pin anything down with any certainty. We’re dealing with an extremely small sample size of six games and five innings. But I did find something interesting when digging through some pitch f/x data.

Notice the slight change in release point for all of his pitches in 2012. 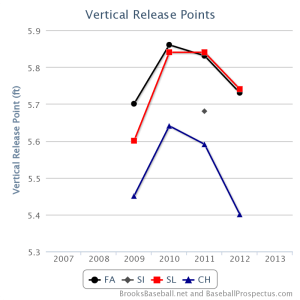 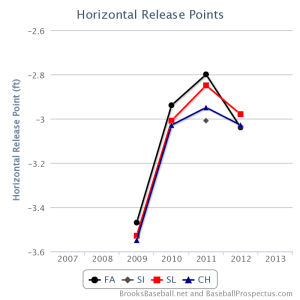 The release point change didn’t seem to affect a change in his overall slider location: 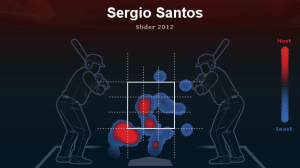 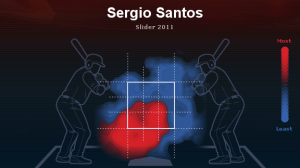 But his fastball location is completely different. 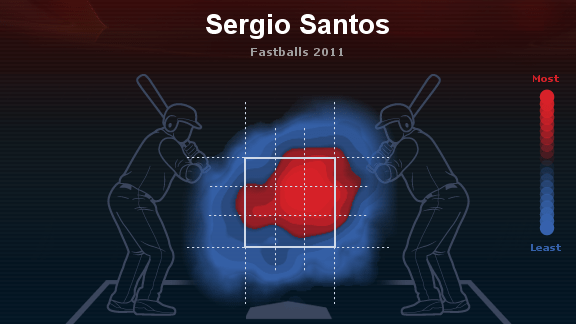 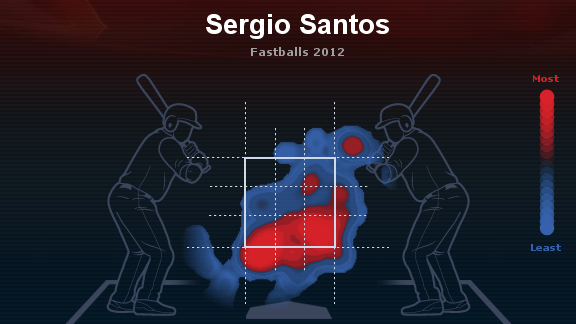 Previously the fastball was used to change eye levels, giving the slider more oomph, as the threat of the high strike makes the diving nature of the slider that much more potent.

Fast forward to 2012 and everything is down. Batters could effectively look in the bottom three quads of the zone and ignore anything at or above the belt.


I’m not about to lay the blame on Walton or anything of the like. The sample is sooooo small that Serio could have simply been overthrowing the pitch. But for curiosities sake, I’ll check back in at the end of April to see where Sergio is releasing and spotting his fastball.