I apologize for the brevity of this series preview: I’m  pressed for time.

When CC went down, the Yankees turned to then mop-up duty pitcher David Phelps, giving him a starting gig. He’s been effective and has pitched himself into additional starts, even with Sabathia’s return from the DL.

Phelps, 25, is a righty that has had success throughout his proffesional career. He has a career 2.51 ERA in five minor league seasons, including a very impressive 1.89 ERA in 15 AA starts in the sometimes hitter happy Eastern League. In his 2012 MLB stint he has 66 K in 63 IP. 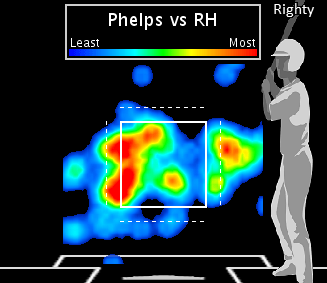 With two strikes he works almost exclusively away with all three pitches.

Against LH Phelps adds in his change-up. He throws almost everything away, except his slider, which he likes to sweep inside. 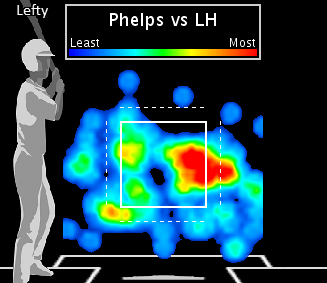 I covered Hughes stuff a few weeks back in Series Preview: Jays vs Yankees (August 10th).

In that start Hughes kept his pitches low and glove side: 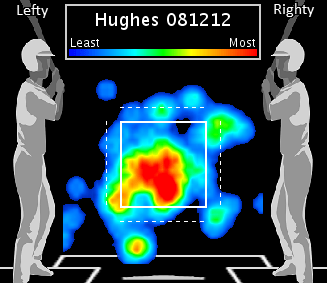 And hits via location: 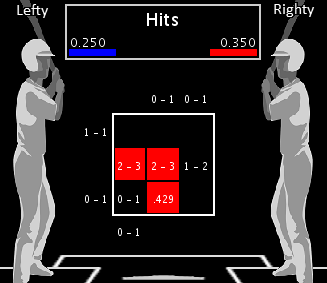 Hughes has made two starts since August 12th. His location in these starts indicate that he either had an off-day in Toronto or he has learned his lesson: 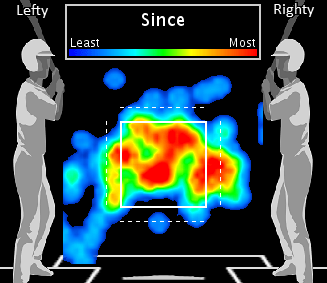 Recently returned from the DL (throwing 100 pitches vs CLE), Sabathia, the potential HOF southpaw, is truly a ‘pitcher’. He’s constantly within the strike zone (66.8% strike percentage, 90th percentile), and he excels in the lower half (36.5% chase rate in lower half of the zone, 94th percentile). 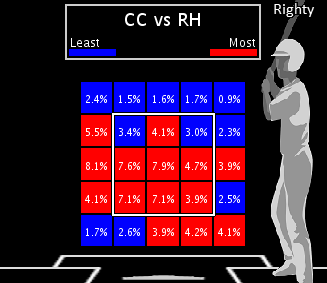 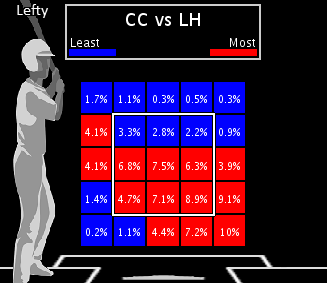 CC is primarily a two pitch pitcher vs LHB, throwing fastballs across the zone and sliders low and away.

Against RHB CC relies upon his fastball, which he uses to set-up his slider and change. He also mixes in a curveball at a 5% clip.