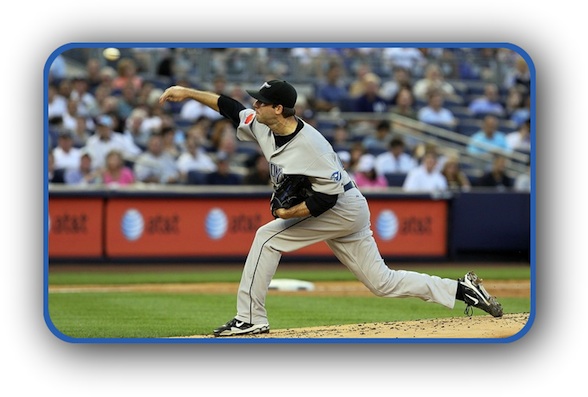 Pitch count appears to the be the topic of the year at mopupduty.com . At what point do the Jays look at Brandon Morrow’s pitch count and decide to shut him down?

According to the pitch f/x data that Fan Graphs collects, his overall fastball percentage is down from a historical rates of 70% (2008 & 2009) to 58.5%. Previous fastballs are now curves and change-ups.

Back on July 23rd I wrote an article that calculated the total number of pitches required for each out. As of July 23rd he averaged 5.7 pitches per out.

The fact remains that Shaun Marcum has pitched 151 innings (roughly 15 more than Brandon), yet he’s only throw 2356 pitches.

What I’m driving at here is Morrow’s seemingly pedestrian 137.1 IP is in actuality closer to 150+ for the average pitcher in terms of pitches thrown.

If he tosses 17 pitches and 2.0 IP this weekend he will have doubled previous highs.

At what point do the Jays pull the trigger (if at all) and sit Morrow down for the rest of the season?