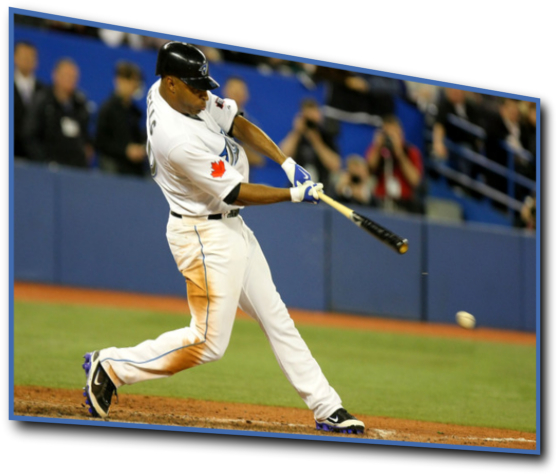 Anyone that frequents this website, follows mopupduty on twitter or has visited a few of my Score Liveblogs automatically knows that I’m not a Vernon Wells supporter. Far from it (evidence includes ragging on his D at the start of the 2009 season or bad mouthing his contract on the day of the signing back in 2006). Regardless, having Vernon lead off makes sense for the upcoming season. Here’s why in six steps;

1. Only three members of the incoming 2010 club posted .350+ OBP. All three would be considered ‘power portions’ of the ballclub, with Lind, Overbay and the underused Ruiz.

2. Which leads us to #2. Cito historically has used only players with half decent speed in the leadoff spot. The aforementioned trio in number one hardly fall into that category. After Cito took over in 2008 season he inserted a light hitting, yet decent runner in Joe Inglett into the leadoff role. Even going back to a stacked 1989 & 1990 teams Gaston put Junior Felix and his lower OBP in the leadoff spot over more productive options.

3. Vernon was the best Jays baserunner (that’s still on the club) at advancing extra bases according to baseball-references XBT% formula in 2009. Vernon advanced more than one base on a single or two bases on a double 54% of the time last season. The MLB average is 39% (Jays team average was 40%). the second closet player with significant AB’s was Jose Bautista at 49% and then AHill at 41%.

This of course comes after his stint as the official leadoff hitter in 2007. That season led off 35 times and posted a .321 OBP in that role vs a sub .300 total outside of the leadoff spot.

6. What do the Jays really have to lose by putting Wells in the leadoff role? If things don’t work out over the course of 50 games Cito can move Vernon back in the order. The trial basis of the leadoff role allows the club to see what they have going forward. Worst case scenario it costs the team a couple of games, which isn’t a huge deal in the grand scheme of the rebuilding 2010 season.