As expected after having a Krazt shoot of an off-season, interest appears to be down amongst Jays Fans.

Google Trends is a tool that measures interest in search terms. A simple search for ‘Toronto Blue Jays’, over the past two off-seasons (Oct – Feb) yields the following results: (2013 = blue, 2014 = red)

According to the left-hand chart, on Google’s 1-100 scale the 2013 off-season had an average interest of 39, while this off-season yields only 19. Obviously interest peaked around the big deals of 2013, yet interest is down at every point on the graph during this off-season.

As we all know, opening day in Toronto has become an event. But if fans are patient and willing to wait a few days, they can walk up and purchase just about any non-season ticket seat during mid-week April games.

I looked at the Jays schedule and picked out an early season mid-week game against a non-divisional rival; in this case it’s the April 8th game (Tuesday) vs the Astros. The seats are above the opposing teams dugout. Notice the available seats in blue in 118, 119, and 120. 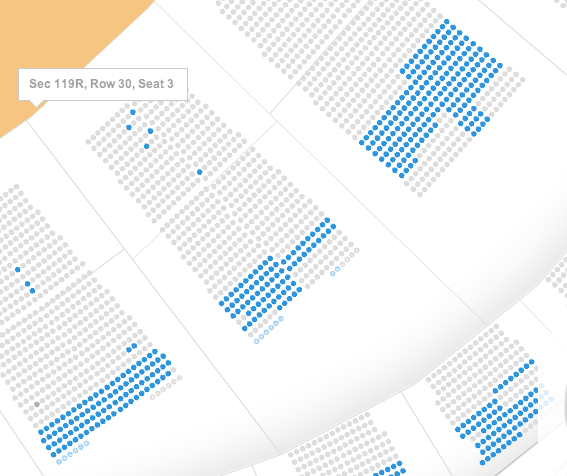 Fast forward to the end of the season, another Tuesday game, this time vs the Mariners on Sept 23rd. Notice pretty much the exact same blue seats being available 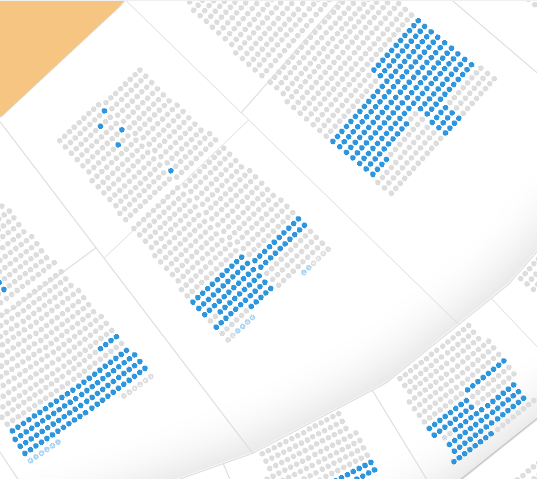 While the Astros are hardly a draw at any time of the year, this crude method tells me that the Jays have sold few, if any higher priced tickets for the April 8th game.

Personally, my current interest in this team is minimal at best. Mainstream media (and some of the larger staffed Blogs) are essentially forced to pound out human interest stories, rumours, mechanical & approach tweaks–remember Rajai Davis’ touted power surge?–and battles for the finally roster spots, all in the interest of filling ink and upping internet page views.

Sorry, but reports on Jim Bowden rumour tweets don’t really interest me. Call me when something actually happens or the season starts; whichever comes first.