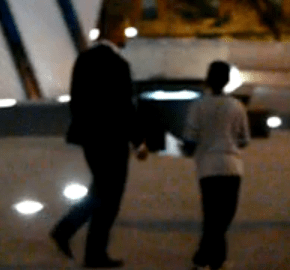 Good ole’ lazy friday. Here’s an article I prepared after Rios was dealt to Chicago. I went on vacation shortly thereafter and never got around to posting. The majority of this article was written right after the deal (and before Alex shit the bed in Chicago).

The dust has settled. The sabermetric community proclaims the Jays as the losers in the Alex Rios trade. Both Fangraphs and the Hardball Times had similar articles. The crux of their argument is that Rios’ fielding, namely UZR, adds so much value in terms of runs and in turn wins above average, that the Jays got screwed on the deal.

Rios is having a down year defensively according to UZR (-.7) but in the last three seasons in right field he’s been one of the best defensive outfielders in the game – +15.5 last season, +9 the two seasons prior to that.

I can except this argument for a consistent hitter. Throwing around unlucky etc about Rios year after year gets old.

Ok, to get back my point here is a collection of UZR/150 leaders for the 2009 season (as of August 20something)

I did have to use a low minimum threshold (min 50 innings). Sample variance aside look at the names on these lists. Not exactly the cream of the offensive crop. And there lies the answer. I can pull a soft hitting fielder off of a MLB bench or in the minors and plug him in my outfield and expect good defensive results.

Is it really worth paying a good/great defensive player $60 with questionable offence going forward? Or would I rather pay some bench player $400,000 for good/great D and expect less than stellar batting success to come along with it. I’m a numbers guy but these over-inflated contract valuations based upon outfielders fielding prowess need to be held in check.

Of course samples exist. The way UZR is created a score is just as valid in LF as it is in RF. I’m not buying this but statistically this is how the system is set up.

Now I’m not saying that Joe Inglett is anywhere near the OF that Alex Rios is. (Of course Rios’ arm is one of the best in the majors.) Still, I stand by my logic of grabbing a 4th outfielder and inserting them into the OF for defensive fielding runs is a better allocation of payroll than paying a premium for an inconstant corner OF. (ie Alex Rios)