Myself and fellow Mop Up Duty contributor Early had the privilege of watching Stephen Strasburg’s final minor league start on June 3rd. Included are game notes and a few videos from this semi-historic occasion.

Strasburg certainly draws a crowd. The official attendance for this 1:05 Thursday afternoon game checked in at 14,774. This has to be one of the largest non-promotional crowds in recent history. Over half of the crowd left after SS was pulled after five innings. 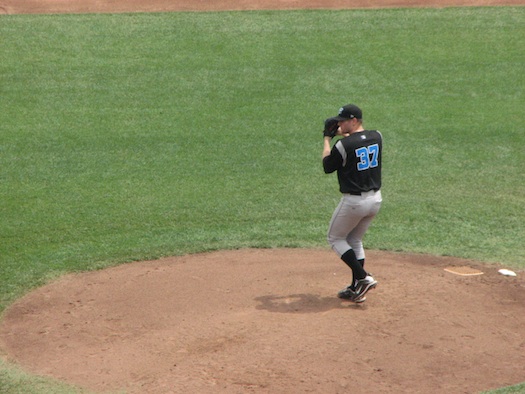 His motion included very little ‘rock back’, as he pretty much lunged forward with a long stride. He uses the now dreaded inverted ‘W’ (which isn’t a big deal IMO). His arm slot is mid-range.

Stephen’s four-seam fastball was consistently around 96 – 98 on the Buffalo Gun, which would equate to 98 – 100 MPH. His command with the fastball was top notch after a few hiccups in the first.

Strasburg’s second best offering and, at least on this day, strikeout pitch was a 82 – 84 MPH curveball. He throws this hard curve in the zone and even worked the corners. The pitch had almost a slider tilt to it.

His third offering was a nasty 90 – 91 MPH slider. I would say he threw the pitch only around 10% of the time but batters could do nothing with it.

Officially, holding on runners was reasoning behind Strasburg starting the season in the minors. Of course we all know it was simply an arbitration clock decision, but hey, whatever. Here’s a video of Stephen pitching with a runner on first

As the video shows Strasburg didn’t even glance at the runner. In SS’s defense the runner on first would grade out as a 30 in terms on speed. Dude (Mike Cervenak) looked like he was running in quicksand.

Here’s a video of Stephen walking off the mound after the final out in the 5th, likely his final stroll to the dugout in the minors (outside of a rehab start).

On the day Stephen threw 5 scoreless innings, allowing 3 hits, 1 BB and striking out 5. Only one ball was hit hard during the outing, a line drive single into left-center. 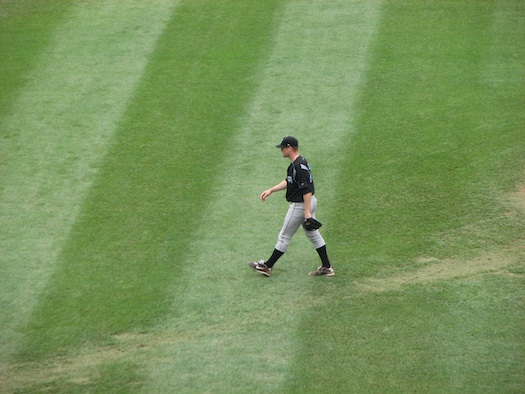 Strasburg is set to make his MLB debut on June 8th against the Pittsburg Pirates. The Score will be liveblogging the game at 7:05 eastern