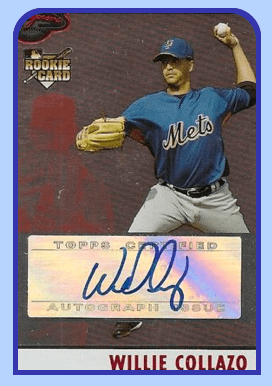 Yesterday the Jays invited four minor leaguer players to 2010 spring training. They are OF Jorge Padilla, OF Chris Lubanski, SS Jesus Merchan and P Willie Collazo. While failed first-rounder Lubanski is getting all the play, I’m really interested in what Collazo can bring to the organization.

Willie Collazo was originally a 10th round pick back in 2001. He’s bounced around a far bit since then, playing in the following organizations: Atlanta, Anaheim, New York Mets & Florida Marlins.

This lefty has been used primarily as a starter and aside from a 5.2 IP cup of coffee in 2007, he’s a career minor leaguer. Willie posted some pedestrian overall stats over the past few years but what I find interesting (and encouraging) are his lefty splits. (All three of these seasons took place in the hitter friendly PCL (AAA))

Colour me impressed. He’s keeping batting averages low and more importantly the ball in the park. I fully expect Collazo to have a shot at a lefty specialist role at some point during the 2010 season. Another value signing by the Jays. Nice work AA.