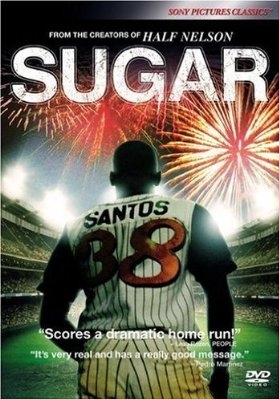 As a fan of the Toronto Blue Jays, I took a particular interest in watching “Sugar” because of the Jays’ history of Dominican players and GM Alex Anthopoulos’s desire to focus on latin american scouting for the franchise.

Sugar debuted to much fanfare at Sundance in 2008 and for good reason.  This is a wonderful film.

Sugar follows a kid from the Dominican Republic who has a golden pitching arm and good intentions. Miguel Santos, known as “Sugar” because of his prowess with the ladies or sweet spike curve, is recruited from the dusty sandlots of his homeland by Major League baseball, and assigned a corn belt farm club that is worlds apart from his hometown, Boca Chica.

Sugar is shot documentary style and it has the feel of Hoop Dreams although Sugar is fictional.  The film oozes authenticity, shot mostly in Spanish and taking you right into Dominican Culture. This is as real as it gets – sugar cane fields, Presidente Cerveza, heated domino games in the streets, Ron Brugal rum and even the vulture like agents known as “Buscones.”

As much as the storyline is focused on baseball, to characterize Sugar as a “baseball movie” would be a mistake.  At no point in the film does it matter which side wins the game. There is no great comeback to conquer adversity. Sugar doesn’t lead his team to victory or pitch a perfect game. And he doesn’t assimilate into American culture. What sets Sugar apart from the tired, clichéd and worn out baseball movie genre is the intelligence, visual beauty and superb acting that it possesses.

The film begins inside a Dominican Academy of the fictional Kansas City Knights.  The filmmakers did their research – the academy is depicted exactly as it was written here not long ago.  An estimated 15% of major leaguers and 30% of those in the minors come from the Dominican Republic so many Major League clubs have set up baseball academies on site to sign and train young up and coming baseball prospects. 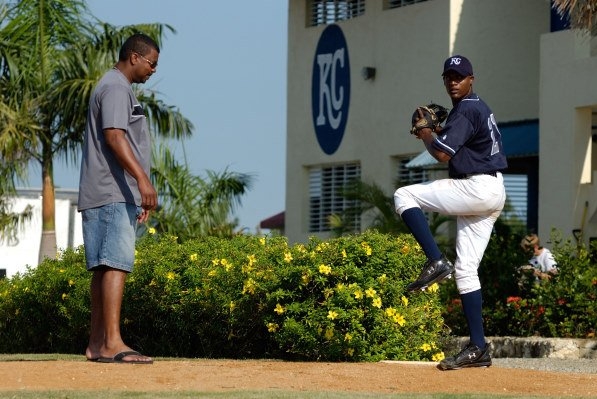 Sugar is here because of the common belief shared by all Dominican boys:  “you can leave the island only two ways – by swinging the bat or by throwing the ball.”

For every Sammy Sosa or Pedro Martinez there are a thousand Sugars or more.  We, the audience, are not lead to believe otherwise.  Baseball players have become as an important export for the DR as sugar cane and Sugar’s dream is to pitch in the major leagues and send home money to his family. Even a minor league salary of $1000 a month represents wealth.

What’s special about the film – and this is a very special film – is how it brings us so close into the emotional uncertainties of a stranger in a strange land.  The language barrier, different customs and the intense pressure to perform well every single day.  Triumph, despair, sadness, everything is magnified and scrutinized.  The audience feels these feelings along with Sugar and experiences the alienation that many latino players are subject to upon arrival in the states. 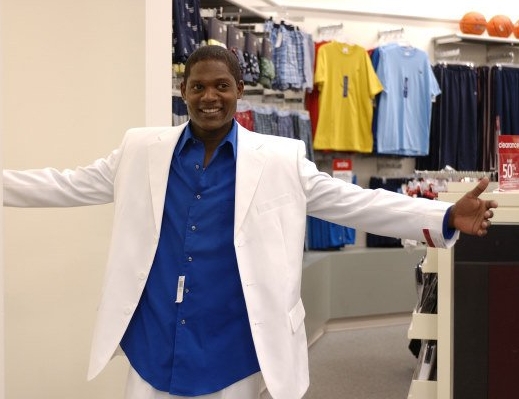 It’s not all bad though.  We get to experience the first time a crowd gives us a standing “O” as we walk off the mound after pitching 6 strong innings.  Our first time in an American club,  not knowing how to dance anything but salsa yet still trying to impress the “white girls.”

When you get down to it, Sugar is a cogent commentary on the immigrant experience in USA. Can Sugar figure out how to live and succeed in America? You will see for yourself, but what is most refreshing is that tidy redmptions have no place in this complicated film.

Of course, the film has a blazin’ soundtrack full of merengue and salsa.  It also includes a Spanish version of “Hallelujah.” 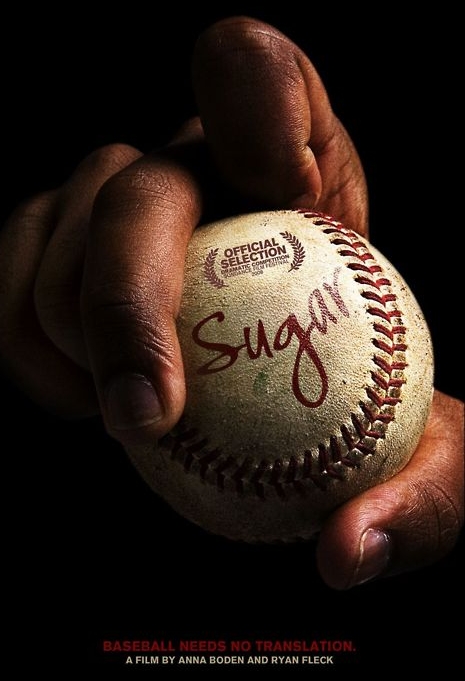