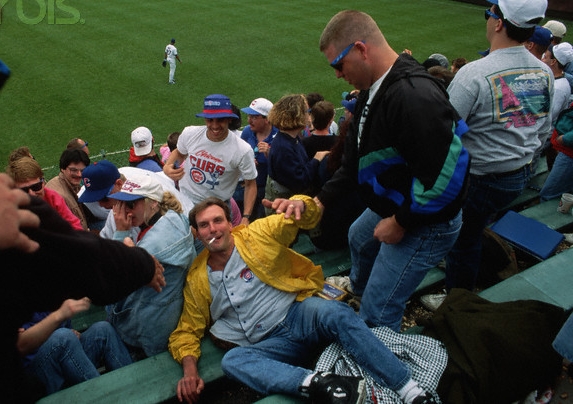 While many young men dream of becoming a baseball player for pure reasons such as making a living playing the game that they love and playing in ballparks that the greats have played in there are also other motivational factors. This would include being “that guy” at the bar. You know the guy who I am talking about. The ladies want him, and the men want to be him. The guys buy him drinks for being a stud on the field and the ladies crowd him in the hopes he will be a stud off the field. You don’t have to be good looking necessarily – hell, you can be downright ugly and it doesn’t matter as long as you are a baseball player. Wherever you go, the ultimate party zone follows you. I now present to you the Mop Up Duty “All-Party” team. This is a list of the most notorious party guys accompanied by pictures of the players caught in the act. A big shout-out goes to On The DL, a baseball gossip blog which is a very entertaining read. Make sure you check it out. Now, without further adieu, The All-Party Team.

Catcher: Brad Ausmus. With a mug like that combined with the ultimate in fashion sense, Brad is lucky to be a baseball player. Just jokin Brad, don’t come after me!

Backup Catcher: AJ Pierzynski. Having a world series ring has its advantages. So does not wearing your wedding ring to the bar. Holla!

First Base: Jason Giambi. The always accomodating Giambino will sign an autograph anywhere. Also, since you all know how I love up my Jays, honourable mention goes out to my boy Lyle Overbay.

Third Base: He may strike out often when up to bat, but Russell Branyan doesn’t strike out with the ladies! HELLO!

Left Field: Manny Ramirez. It’s just Manny being Manny. Maybe this is how he injured his knee?

Right Field: Jermaine Dye. It’s hard to tell who has the whiter smile.

DH: Twins role player and all around good guy, Rondell White. He’s so nice he apparently bought a round of $12 Martinis for everyone. It pays to be in the bigs.

Utility: Former Jay Ryan Freel looks pleased as punch to be picking up the ladies.

Bench: Kevin Youkilis. The Greek God of Walks shouldn’t be named Youkilis, but Pukeilis instead. Oh, snap! (NB: Early came up with the term Youkilis Pukeilis while heckling Kevin when he was playing in LF vs. the Jays at the Rogers Centre)

Bench: Jays future star Alex Rios. Although a fast runner, he needs to work on his hiding skills. Or maybe he is just sleepy.

Starting Pitcher: Proof that the world is unfair is exemplified in Sidney Ponson. Not only is he able to pick up a bunch of chicks but he gets paid tons of coin so he can keep a sweet looking pad.

Starting Pitcher: Not only is he a big league pitcher, but Bronson Arroyo is also a musician. What more could the ladies ask for?

Starting Pitcher: Mike Mussina. He’s pretty, he’s money on the mound, and he is a stud with the ladies.

Starting Pitcher: Randy Wolf is not too stuck up to party with college kids.

Relief Pitcher: Canadian boy Ryan Dempster does us all proud.

Closer: Keith Foulke. This guy is a closer in more ways than one. Nobody parties more than this guy. He sets an example for all other ball players to live up to and is an inspiration to us all, especially Wade Miller by the looks of things. Way to go, Keith.