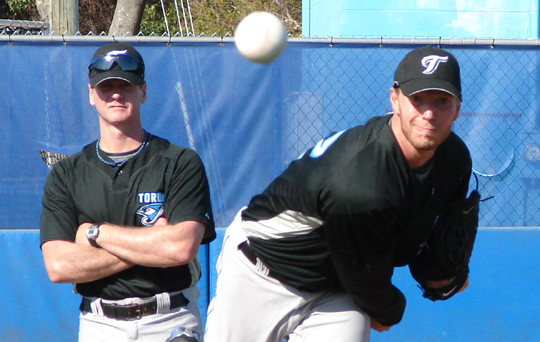 “He’s so prepared,” Roy Halladay said. “He’s one of the guys, more like a teammate. Look at his track record with all the young arms.”

So far we are half way through May and the Toronto Blue Jays have the third-best team earned run average in the majors (3.90).  Last year the Jays finished with the best ERA in baseball but then AJ Burnett opted out while Dustin McGowan (shoulder) and Shaun Marcum (elbow) hit the surgeon’s table.

Never are the Jays hailed for their prowess in scouting and player development; Baseball America ranked their farm system 19th at the start of the season. But suddenly, the team is producing pitching in waves.

So, with a patchwork rotation such as the one that currently is in place, it is a small miracle that the Jays pitching is in the position that it is in.  Who deserves the credit? I argue that Brad “The Professor” Arnsberg has had a tremendous amount of influence on the success of the Jays’ pitching staff, especially the younger players.

Arnsberg was named as the Pitching Coach for the Toronto Blue Jays on October 4, 2004 after being ceremoniously dumped by the Florida Marlins.  He was blamed for the steady stream of Marlins arms that began to pile up on the DL and the Toronto Blue Jays blogosphere (a fraction of the size of what it is now) cried out against JP’s hiring of Arnsberg, fearing he would do the same to their precious hurlers.

It is no secret that JP Ricciardi hired Arnsberg based on the tremendous relationship he has with former Marlins’ starter AJ Burnett  and Ricciardi leveraged that relationship into getting Burnett to sign in Toronto as a free agent.  Although Burnett did spend a considerable amount of time on the DL during his tenure in Toronto, Arnsberg was able to harness his incredible talent in his third season to coax an 18-10 record out of him, leading the AL in strikeouts in the process. 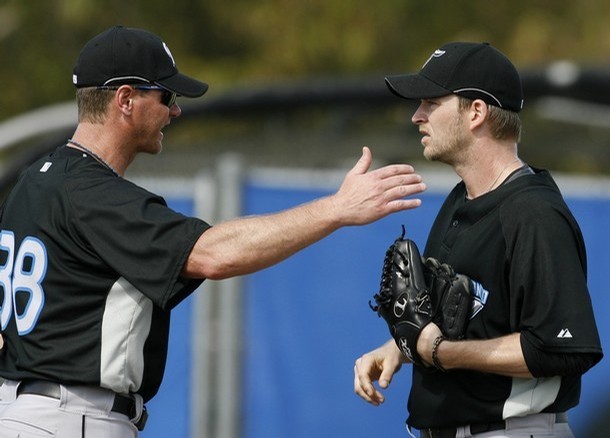 This year’s motley crew of a pitching rotation includes Brian Tallet, Brett Cecil and Robert Ray start at Fenway, with Halladay and Richmond making up the rest of the rotation. Jesse Litsch is on the disabled list (forearm), David Purcey and Brian Burres have been demoted. Ricky Romero was injured and is at triple-A Las Vegas.

When the Jays promoted left-hander Brett Cecil and righty Robert Ray on May 1, Ricciardi acknowledged, “they’re probably not ready to be here.” Since then, Cecil and Ray have gone a combined 3-1 with a 2.70 ERA in six starts, delaying the returns of Romero and righty Casey Janssen from injuries.  They might not have been ready to be here when they arrived, but Arnsberg made them ready.

“His best attribute is that he’s really good at coming up with scouting reports,” Jason Frasor said. “He sits in front of that computer for hours, breaking hitters down to figure out the best way for our pitchers to (exploit) weaknesses.”

“He’s very adaptive,” Tallet said. “He can adjust to each pitcher. If we were unreceptive the results wouldn’t be as good.”

Catcher Rod Barajas has sat in on a number of pre-series hitters’ meetings and daily pre-game sessions held by the professor.

“These young guys are like his kids, he gives them the best information possible,” Barajas said. “His scouting reports on opposing hitters are unbelievable and he helps with in-game adjustments as well.”

“The best thing he did was fix Romero,” Barajas said. “I left Dunedin for the World Baseball Classic and saw a completely different pitcher when I came back. In that short span I was away for the WBC, Ricky became a confident guy. Brad told me it took one conversation to fix a mechanical flaw.

“Ricky’s not here right now, but there’s no reason (performance-wise) that’s he’s not.” 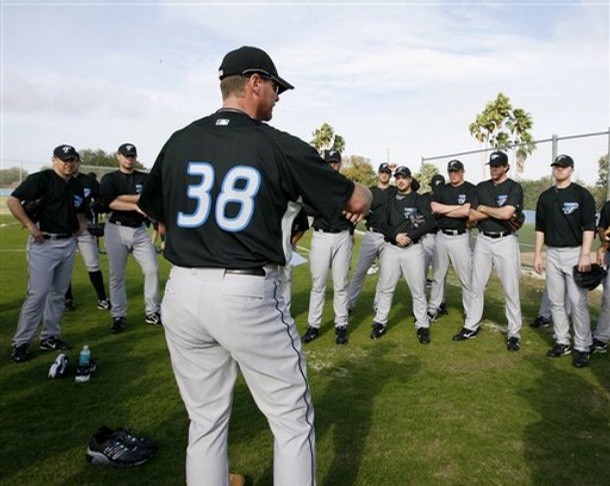 Journeyman and fringe major leaguer Scott Richmond has arguably benefitted the most from Arnsberg’s tutelage, going from pitching for the Edmonton Cracker-Cats to being in the top 10 in MLB in swings and misses. Richmond, not known as a strikeout pitcher or innings eater for that matter, pitched a complete game in Oakland and followed that up with a 7 inning 7 strikeout performance against the White Sox. 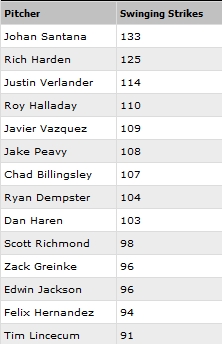 Richmond has gone from being at the mercy of left handed hitters to being somewhat effective thanks to Arnsberg’s assistance in developing his off-speed repetoire. 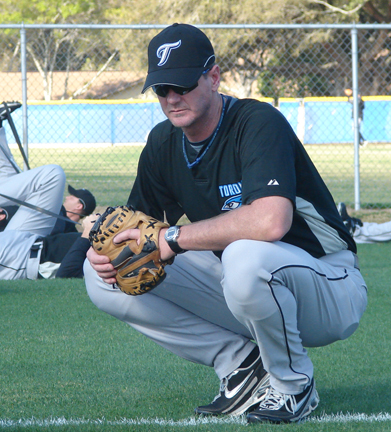 Robert Ray, a former seventh-round pick who had made one start for Class A Dunedin and one for Class AAA Las Vegas when Ricciardi contacted Scott, his farm director, in need of rotation help.

Scott checked with his staff and called back with a unanimous recommendation for Ray.

“It was hard to believe this guy would be ready to pitch in the big leagues,” Ricciardi says.

In Ray’s last start he threw 8 innings of 3 hit ball to pick up his first career MLB win against the White Sox of Chicago.  It is easily his best pitching performance on any professional level, and credit has to be given to Arnsberg. 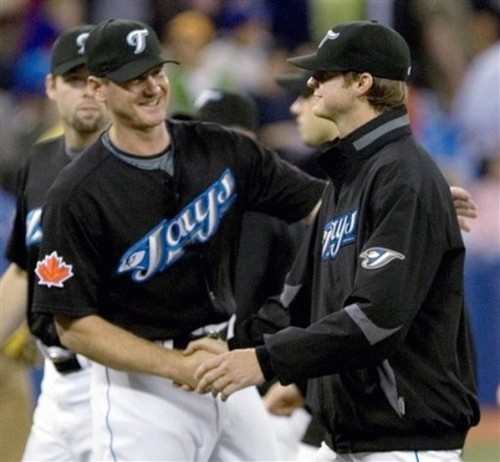 Despite Ricciardi hiring Arnsberg for all the wrong reasons, he may prove to be his best hire yet (aside from Cito – who was Paul Godfrey’s hiring anyway).  I can’t wait to see what he will do when the rotation consists of Halladay, McGowan, Marcum, Cecil & Romero/Janssen/Richmond/it doesn’t even matter as long as they have an arm. 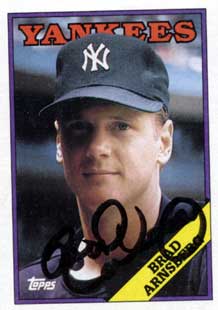