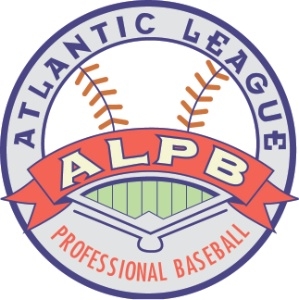 Are you wondering what has happened to your favourite former Toronto Blue Jay? Thinking about what ever happened to that sure-fire can’t miss prospect that never showed up to the big club? Odds are you will find them toiling away in the Atlantic League, an independent professional baseball league for washed up big leaguers.  Let’s see who we find, shall we?

Eric Crozier leads the Atlantic League with 8 homeruns.  Crozier was the dud traded straight up for Josh Phelps in 2004.   He made his major league debut with the Blue Jays that season, but was garbage.  In JP Ricciardi’s defense, Josh Phelps never amounted to anything either.

Remember when JP would put bullpens together out of released players and Rule 5 draft picks? Corey Thurman was one of those rule 5 draft picks.  Last season, the former Toronto Blue Jay went 4-3 with a 3.28 ERA in 16 starts. That earned run average would have tied for second best in the league given enough innings to qualify, but a freak ailment forced him to miss much of the second half. Thurman returned to the mound late in the year, allowing just one run in nine innings over two starts in September. Nominated to start the All-Star Game for the Freedom Division, “Thurm” allowed only four homeruns in 85.0 innings all season, while walking just 28 batters and striking out 57.

I’ve talked about Dan Reichert’s trials and tribulations enough already so I don’t need to re-live the horrors again.  Reichert spent last season with the Bridgeport Bluefish in the Atlantic League, going 14-9 with a 3.53 ERA and 126 strikeouts in 28 starts. He was originally the seventh overall pick in the 1997 draft by the Kansas City Royals, reaching the Majors for the first time in 1999.

This season Griffin is hitting .243 with 4HR in 136 AB in the Atlantic League.

Vito Chiaravalloti was the darling of the Blue Jays minor league system after winning the triple crown in his first professional season, posting a 1.074 OPS for the single-A Auburn Doubledays.  Also it was fun to butcher his name.  Once he moved up to high-A Dunedin, his true colours began to show and those colours were bleak.  For the last 3 seasons Chiaravalloti has been playing in the Atlantic League, posting respectable numbers.

Chiaravalloti played for Somerset during the 2008 season and finished with 78 hits, 17 home runs, and 42 RBI in 102 games played.

Former Blue Jays Closer (for a handful of games anyway) Armando Benitez has played the last couple of seasons in the Atlantic League has has found some measure of success.  Benitez enters his second season in the Atlantic League as he spent 2009 with the Bears. He recorded a 1-0 record with a 2.86 ERA and 16 saves, which was third best in the league. The 37-year-old and former Met was signed by the Houston Astros’ AAA affiliate in Round Rock late in the season and went 2-0 with a 3.86 ERA and a save in seven games

Other notable players toiling away in the Atlantic League are: