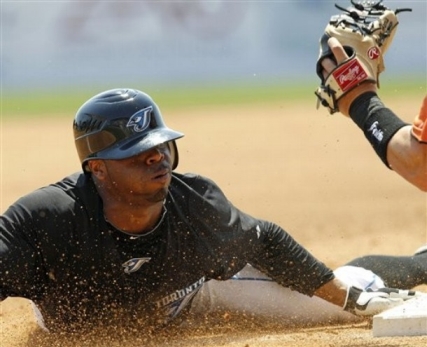 With the activation of speedster Rajai Davis from the Disabled List, there is some chatter yet again among the Blue Jays Twitteratti about who should assume the duties of leadoff man in the lineup.  Rajai Davis should resume his role as leadoff hitter and this is why: 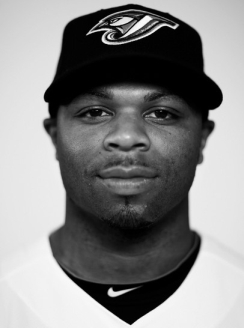 Rajai Davis was the Blue Jays’ leadoff hitter on opening day while dealing with an ankle ailment.  As the season wore on, Davis aggravated his ankle injury and was placed on the 15-day DL.  In his place, Yunel Escobar assumed the leadoff duties for the most part.  With Davis’ return to health the decision looms: should Davis return to his leadoff role or should it be Escobar?

The general perception is that while speedy, Davis has a low on-base percentage and is not ideally suited for the leadoff role.  Escobar, while not particularly fast, is able to get on base at a respectable rate and therefore should remain in the leadoff position.

This perception is true – for the most part.  Davis had more stolen bases last season (50) than Escobar has in his whole career (19).  Over his career, Davis gets on base at a .326 clip while Escobar gets on at a substantially better rate of .363.  That being said, while a small sample size, Escobar has reached base at a rate of .278 when batting 1st in the lineup this season.

Based on those stats alone, the decision is clear – Escobar should continue to hit leadoff, yes?  Not so fast.  There is more to setting a batting order than on-base percentage.  It has much more to do with the team’s offensive philosophy.

Last season – and for much of the last decade – the Blue Jays offensive philosophy has been clear.  Originally popularized by former GM JP Ricciardi, having taken a page out of Oakland A’s GM Billy Beane’s playbook, centred his offensive strategy around “2 walks and a home run”.  The hope was that those hitters higher up in the lineup would will themselves on base to be driven in for the big swingers in the heart of the order. Great importance was placed on getting on base while stolen bases were shunned; the Blue Jays routinely finished at the bottom of the league in stolen bases.

When doing a post-mortem of the Blue Jays’ offense of 2010, GM Alex Anthopoulos came to the conclusion that the Jays relied too heavily on the home run and needed to vary their offensive output.  First-year manager has taken Anthopoulos’ direction and “ran with it” – the Jays are now 4th in MLB in steals and have implemented a brand of baseball commonly referred to as “Farrell Ball.”  Aggressive baserunning, double steals, hit & runs, safety squeezes and testing the opposition’s defense are all tenets of John Farrell’s offenseive strategy. 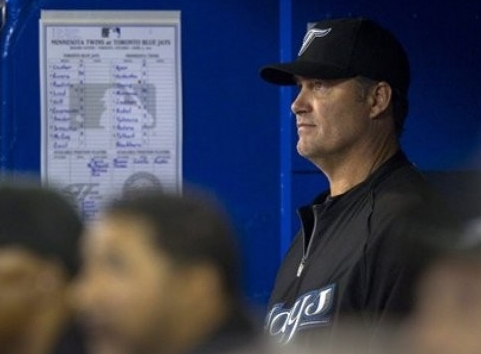 In Farrell Ball, speed is much more important at the top of the order for various reasons.  First and foremost, when a baserunner with demonstrated speed reaches base it places tremendous pressure on both the opposing team’s defense and pitcher.  The threat of the stolen base can open holes in the infield, thus increasing the chances of groundballs getting through for base hits.  As well, pressure on the pitcher to not let the baserunner advance allows hitters in the 2, 3 and 4 holes to see much better pitches to hit, or, in some cases (like AJ Burnett), not get any pitches to hit at all – resulting in a walk.  Secondly, having a runner with speed on base to leadoff allows Farrell to better execute his offensive strategies:  the hit and run, the sacrifice bunt to move the runner into scoring position and the stolen base.  As well, it decreases the likelihood of the 2 & 3 hitters hitting into a double play, thus killing early momentum.

Whether you agree with Farrell’s strategy or not is irrelevant.  Besides, the importance of the leadoff hitter is overblown anyway.  In some instances they will lead off an inning only once during the entire game For Farrell’s strategy to work as intended, his personnell and starting lineup needs to fit with his offensive philosopy.  This means Rajai Davis belongs at the top of the order.