Adam Lind: He had some great cuts and went 3 for 3 with an intentional walk

Vernon Wells: Jacking out a HR and going 3 for 4. A good start to the season and if one pro-rates his contract will be a steal!

Scott Downs Downs did his job. 11 pitches for 3 outs.

Aaron Hill: His defensive stab near the end of the game won’t show up in the box score but it did save a run. He also chipped in with a double.

Shaun Marcum: He was great through six IP. He was roughed up in the 7th but I’ll take a 3 ER in 7 IP appearance any day of the week.

Jose Bautista: Giving away outs against RHP at the top of the lineup. I hope this is a short-term experiment. I have no problem with Jose at the top vs LHP but he doesn’t get the job done vs RHP

Travis Snider: His went deep into counts but he looked tentative on third strikes. 3 K is a bad day for anyone

Jason Frasor: I’m not hating Frasor’s appearance. He was hardly lit up, yet at the same Rangers connected on 9 of 10 swing attempts (in play or foul). He needs to miss more bats. 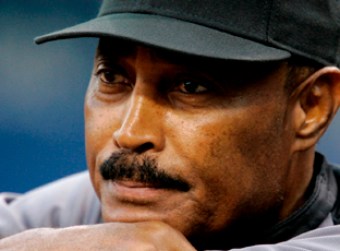 Cito: I was freaking out when the Jays had the bases juiced with one out and a 4-3 lead in the 8th. The Rangers only lefty Darren Oliver is on the mound. Up steps Overbay and his .534 OPS vs lefties in 2009. I’m pinch-hitting here. He’s the everyday (book = “don’t mess with his confidence”) but a match-up is still a match-up. Let’s let this slide for defensive purposes (Overbay vs Ruiz in the 8th & 9th). Overbay looks terrible in a three pitch strikeout AB. Up next is Buck. An obvious pinch-hit appearance. Marcum is out of the game, so the starter/catcher excuse is out the window. In-fact, Molina is a defensive upgrade late in the game. And of course offensively Buck is questionable hitter with a sub .300 career OBP and a .664 OPS vs lefties in 09. Conversely Ruiz studded it up in 2009 and had a solid spring. AB time and guess what? Ruiz is still on the bench.

Fast forward to the 9th and the Rangers have runners on 2nd and 3rd with one out. Up comes Chris Davis. Now Davis was on pace to possibly set the all-time single season strikeout record last season (150 in just over 400 PA) before he was sent down. So what do we do? We walk him.

Ok, now the bases are juiced and…. the infield comes in?! So we walked strikeout king to obtain a force out situation with one out? The outfield comes in as well. Salty comes up and hits a catchable ball (even for Vernon) to CF. Of course the outfield is too shallow and the ball drops. Game over, Jays 0-1 on the season.

Would things have turned out differently? Who knows? Still, I like to play the percentages and give myself the best possible chance to win the game. I don’t think that Cito helped the cause with his decisions (or lack-thereof) this afternoon.