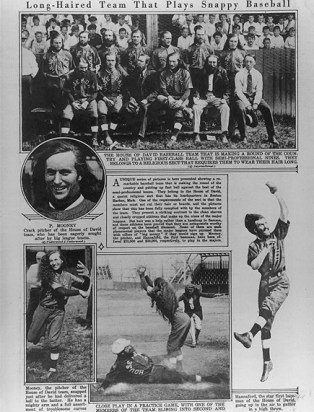 The House of David was a Michigan-based religious commune that was founded in 1903.  Members of the House of David had to obstain from eating meat, sexual intercourse and shaving/haircuts.  Ten years after its inception, the commune formed a barnstorming baseball team originally known as “The Israelite House of David.” 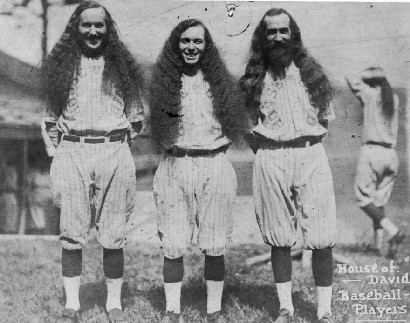 Though small in number, their accomplishments were many. They were strong contributors to the agricultural community around them. It is thought that they developed one of the first cold storage facilities in the country and were the first to preserve jellies in jars. As early as 1908, they established a pre-Disney type amusement park, complete with miniature trains. A zoo and aviary were soon added to the park. They were also credited with inventing the automatic pinsetter used in their bowling alley. One of the tenets of their faith was vegetarianism, and the colony restaurant, serving original-recipe vegetarian meals, was credited with producing the first “sugar cone.” They built a three-story hotel in downtown Benton Harbor and an elaborate motor lodge, “The Grand Vista,” south of town. They built tourist cabins, bottled water from their own natural springs, erected a synagogue for their Jewish friends, and for a brief period of time even had an “on-site” hospital. They constructed a large amphitheater to accommodate their accomplished orchestra and world- renowned jazz band. They had a complete logging operation on High Island in northern Michigan. Another tenet of their faith was that they must neither shave nor cut their hair. When a few of the colony members were refused employment with a local streetcar company because of their appearance, the House of David bought controlling interest in the firm and soon all conductors were seen with long hair and beards! 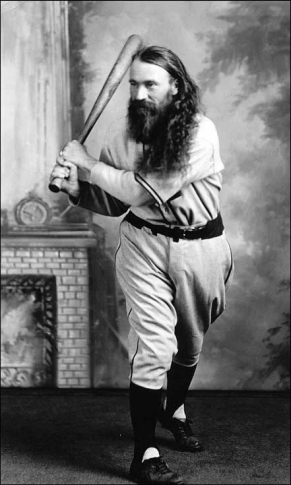 The founder of the commune, Benjamin Parnell, was a sports fan and encourged the formation of the baseball team as a way of building physical and spiritual discipline – necessary for reuniting the twelve tribes of Israel before the return of Jesus Christ at the Millenium (surprisingly enough it never happened!). By 1915 the House of David had a grueling barnstorming schedule.  They travelled the country making money for the commune as well as drawing attention to themselves so that they may have the opportunity to preach.  Their long beards and hair quickly made them an attraction to crowds everywhere.

Despite their mass appeal, the House of David team had very few skilled players and had to recruit professional players like Grover Cleveland Alexander and Chief Bender.  Unwittingly, they were the first team to break the colour barrier as they recruited Negro League stars such as Satchel Paige. They had to wear fake beards.  They also included Jackie Mitchell, the first woman to ever sign a professional baseball contract. 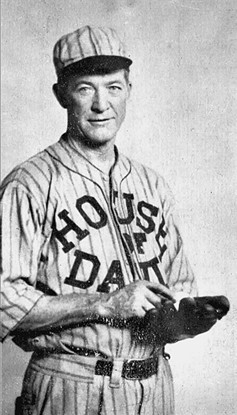 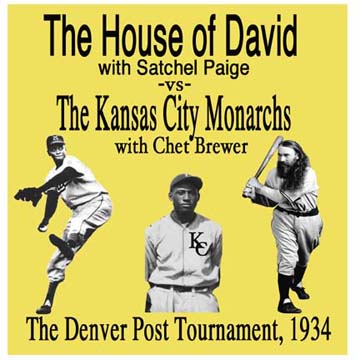 In accordance with The House of David’s egalitarian beliefs, the team took on any and all challengers (this is also why there was no friction when it came to having Negro Leaguers on the team).  The team peaked in the early 1920’s until the founder, Benjamin Parnell, was found to have had sexual indescretions.  He was consequently expelled from the Israelite House of David. Parnell, who was in poor health, died shortly thereafter in 1927. The colony separated into two factions, as did the baseball team. The baseball team(s) phased out in the 1930’s and other teams adopted the House of David name and the long hair & beard gimmick for publicity reasons. Both House of David teams played in weekend semi-pro leagues into the 1940’s.

The group has since declined, but today still has a few dozen members, still waiting for the return of JC – but no baseball players among them.