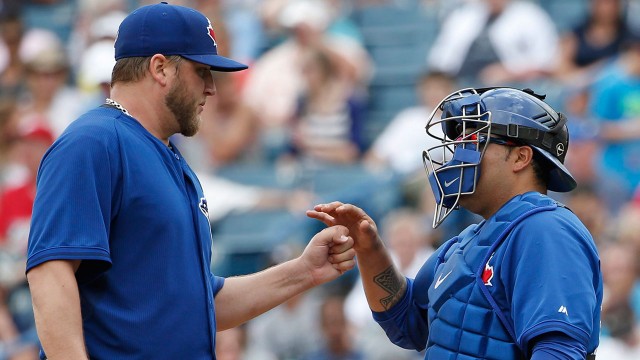 This past week, our affiliate at ESPN – The SweetSpot Network – posted a record number of articles pertaining to the Blue Jays (two).  The first, by Rays blogger Tommy Rancel, discusses how the Jays will go as far as their rotation will take them.  Because the offense is so good, the Jays will need to lean on an unproven starting staff and bullpen that has been a mess this season.  The second, by the excellent Christina Kahrl, tackles (with some incredulity)  how the Jays were able to make it to first place… in the first place.  Like Rancel, Kahrl waxes about how the Blue Jays are an offensively-focused ballclub with a shaky pitching staff (the team is 21-22 when Mark Buehrle doesn’t start).  Because of this vulnerability, John Gibbons is forced to be creative to address limitations and get the most of his team.

If you have been reading Mop-Up Duty this season, you know that the Blue Jays’ record should not come as a surprise.  For the first time, the starting nine is healthy (more-or-less) and they are performing to their potential – both defensively and offensively.  Gibbons creativity and resourcefulness?  We addressed this when #firegibbons was trending on Twitter.

But it is interesting to note that the Jays are a .500 club when Mark Buehrle doesn’t toe the rubber.  There’s nothing to suggest he wasn’t healthy last season; he pitched more than 200 innings.  Yet he’s performing so much better in 2014 than he did in 2013.  Rancel writes that Buehrle has been “using masterful command and throwing a cocktail of pitches like a true mixologist en route to the second-lowest ERA among AL starters (2.16).”  Using FitzFX, here is pitch-type data on a random start for Buehrle in May:

As you can see, Buehrle is still throwing that same cocktail of pitches like a true mixologist. The difference now?  He’s throwing the pitches to Dioner Navarro instead of JP Arencibia.  Mark Buerhle has a long-standing reputation for never shaking off his catcher’s calls.  And this season Dioner Navarro has changed up the recipe of the Buehrle cocktail.  According to Fangraphs, Navarro (and to an extent Thole and Kratz) has removed a substantial amount of the four-seam and cut fastball from the recipe.  In their place, Navarro has added some spicy two-seamers and a generous helping of Buehrle curveballs.  This shouldn’t come as a surprise – Buehrle’s straight, four-seam fastball tops out at 82-83mph (about the same as RA Dickey).  But the frequency of Buehrle’s curveball use might.  He’s throwing it 15% of the time, which is more than twice as often as all of last season and nearly 50% more than any other time in his career.  While Buehrle’s best pitch is undoubtedly his changeup, it seems Navarro has uncovered a hidden gem to put in the back of hitters minds when they fall behind in the count.  Whether Navarro or the increased curveball usage is the key to Buehrle’s success,  the mix is certainly working. 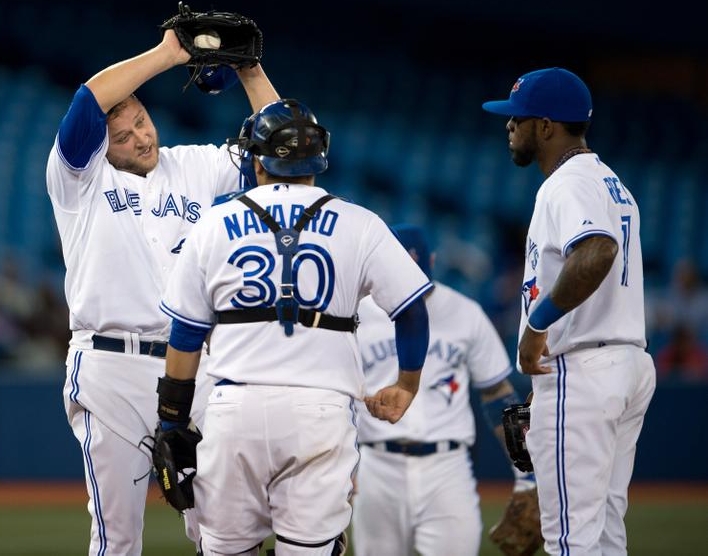