Although I really didn’t want to have to blog about this issue, the lack of understanding surrounding the Yunel Escobar fiasco has led me to weigh in.

A quick recap: on Monday several pictures were posted online that showed Toronto Blue Jays’ shortstop Yunel Escobar with a message written under his eyes.  The message, in Spanish, was “Tu ere (sic) maricón.”  Internet users were quick to plug the Spanish phrase into Google Translate.  The resulting translation to English? “You are a faggot.”

Controversy ensued and the blogosphere blew up in a fury.  The Blue Jays held a press conference to address the situation.  It was handled poorly.  Not only by the team, but especially the media.  Although it was evident that Yunel is desperately in need of some media training and polish, he came off as contrite. 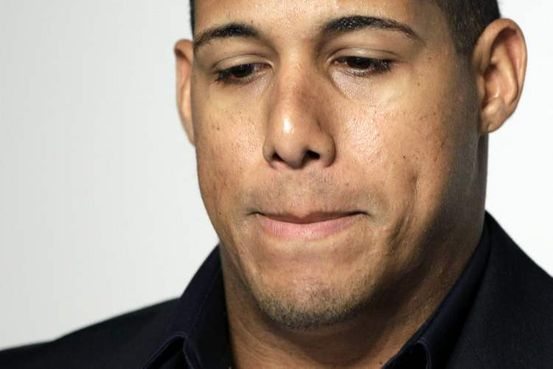 With that said, I was extremely disappointed in the way the Toronto media jumped to conclusions and were quick to crucify Yunel Escobar following the press conference.  Yunel mentioned in the presser that there are many people close to him in his life that are gay.  One of the members of the Latin media asked Yunel who those people were.  Yunel looked puzzled at the question, but then proceeded to go through a laundry list of people in his life that are gay:  his interior decorator, his hair stylist, his friends.

Of course, the media pounced on it.  “What a cliché!” proclaimed Blue Jays analyst Gregg Zaun.

Really? That was Yunel issuing a public statement?  He was answering a direct question.  But really, why bother to understand what the Latin media member was asking when it doesn’t fit into the narrative.

Speaking of Zaun, he said on Sportsnet Connected that the world Maricón has only one real meaning – and that is “faggot.”  He then goes on to say that he’s played in Venezuela, Puerto Rico and even had a Mexican wife, so he knows.  Strange, that. Myself, I’ve seen baseball in Puerto Rico, been to the Dominican Republic and I’ve even been to Yunel’s hometown of Havana.  I’ve learned to speak passable Spanish from the time that I lived in Mexico.  As I mentioned on Twitter, Maricón has a very different meaning than the one that Google Translate spits out:

When I lived in Mexico, maricone was used to describe a man who was emasculated by his wife/partner. In Cuba, it might be differenté.

To elaborate, I’ll give an example of the context that it is used in.  There was one Mexican friend I had in particular; he was very enamoured with his girlfriend.  Whenever his friends would ask him to join us fishing, drinking, to get some helado, he would always say “no amigos, I’m going to spend time with mi amor.”  His friends would laugh and say pinché maricón.  There was certainly no malice intended, nor were there any homophobic overtones.  In Mexican baseball, when ballplayers play pepper and one of the players drops a ball, he’ll be the recipient of a friendly maricón taunt.

Admittedly, most of my Latin American experience lies in Mexico.  Having been to Havana,  I can speak first-hand to Cuban culture’s low-tolerance for homosexuality, rampant homophobia and general lack of rights for gays.  I do, however, have Cuban friends, and friends of friends who are Cuban.  I asked one if the meaning of maricón could be different in a less-tolerant society such as Cuba. This is what he said, copied verbatim:

I can’t believe , he wrote that on the eye black, in Cuba some people say it  to one another as a joke, it’s not a big thing, the people don’t make anything out of it, I think they are making a stupid thing he did into a big thing for nothing. I was listening to the news on the radio on the way to work and one stupid radio commentator was even saying that Latinos are all homophobic, it’s so stupid.

Our friend Joanna over at Hum and Chuck has a similar story.

Following the press conference, Blue Jays beat writer Shi Davidi reported that the Spanish media were adamant that the word maricón was not offensive:

Latin media here are adamant offence should not be taken at Escobar slur. Say use is common and not considered derogatory

In Shi David’s story on Yunel Escobar’s suspension, he asked Yunel’s Toronto Blue Jays teammates for their reaction.  The quotes are telling:

“Too much for anyone to try and explain and convince the rest of the world,” Blue Jays slugger Jose Bautista replied via text when asked how much of a role cultural misunderstanding played in this mess. “Impossible task.”

“It’s definitely out of character of him to say anything derogatory towards anyone,” said Bautista. “Knowing him as a teammate and person for a long time, that’s my opinion. I think it was a bad decision, and he’s dealing with the consequences.

“I’m surprised that I’m walking in here and everybody’s asking me about this. It’s like, ‘What happened? Who died?'” he said.

“We say that word very often, and to us, it doesn’t really mean that we are decreasing anybody or talking down to people or anything like that. It’s just a word we use on an everyday basis. I don’t know why people are taking this so hard and so out of place or out of proportion.”

With all of that said, one of my favourite columnists – Stephen Brunt – took to the air and was quick to villify Escobar: “(Maricón) is not meaningless in any language, and he put it on his face.”  Really?  I wasn’t aware that Stephen Brunt was an expert on Spanish and Latin-American culture.  With the cultural context and nuance of translation, this type of reporting is particularly irresponsible, especially when Brunt is a credible sports journalist that Jays fans look to in order to formulate their opinion.

Bob McCown of The Fan 590 had Blue Jays GM Alex Anthopoulos on his show to explain the situation.  McCown used the interview as an opportunity to step on the soap box for a self-righteous diatribe about something he doesn’t really understand:

I think you gave him the bare minimum.  I’m not satisfied with the suspension. I do not want to see this player in a Toronto Blue Jays uniform ever again … This was not a casual comment, this was a thought about, pre-planned decision by Yunel Escobar to do this.  He had the opportunity to think about it, to execute it, to change his mind if he wanted to and he chose not to.  I don’t buy, and I don’t think anybody buys the BS he was spewing at the press conference that he didn’t mean to offend anybody.  He meant to get that message out and to offend somebody.  Was it a group or an individual?  Who cares. But even if he didn’t mean to do it, he did it anyway.

Again, McCown, coming from this ignorant perspective, is in a position to influence the thoughts and feelings of Blue Jays fans, and as a result, Yunel may be subject to a level of ire from Blue Jays fans that may be unjustified.  Who am I going to believe?  The Latin-American media?  Dominican Jose Bautista? Venezuelan Omar Vizquel? My Cuban friends?  Or a middle-aged whtie guy with no insight into or understanding of Latin-American culture or the language.  I’m going to chose the former as opposed to the latter.

My personal belief is that Yunel writes on messages on his eye-black to lighten the mood in the clubhouse. Having played competitive baseball into my late 20s, I can attest that this type of practice is common.  I think that Yunel assumed no one would ever see it, and if they did, anglophones wouldn’t understand it and latinos would understand the context.  Yunel is a ballplayer; he’s not a cultural anthropologist.  I believe he did not know that the word would have been translated/interpreted in that way; I believe there was no malicious intent involved.  Is it inexcusable?  No way.  Although Maricón has various innocuous meanings, it can be used as a homophobic slur.   McCown did make a good point at the end of his rant:  “But even if he didn’t mean to do it, he did it anyway.”  And that is the crux of the issue.  If even one person was offended (and there certainly were those that were offended) by the message on Yunel’s face, repercussions need to occur.  Morgan P Campbell wrote an excellent piece on his blog today titled Yunel Escobar, Homophobia, and the Folly of Tolerance:

In the half-season I dealt with Escobar on the baseball beat in Toronto I found him friendly and approachable, willing to talk openly about his past, his attitude and his desire to please his new coaches by playing hard. He was quick to flip me his cell phone number and told me to call if I needed anything during the off-season.

But none of that means Escobar isn’t ignorant to North American society’s (rightfully) heightened sensitivity to hateful speech directed at homosexuals, even in pro sports.

If he was aware of all that he’d probably also realize “maricon” isn’t a wise word to plaster on your person during a nationally televised event. Still, you’d think somebody involved in Saturday’s game would have recognized the word and, cognizant of the public relations mess it would precipitate, counseled Escobar to remove it.

Yunel is not a monster; the fact that Yunel wrote a word with many connotations on his eye black is not proof that he is a homophobe.  Yunel is naive and uneducated and he made an awful mistake.  As the league continues to become more international,  there will be a marked increase in the potential for cultural landmines such as this one taking place.  The Blue Jays’ course of action to educate Escobar is the right one, but Major League baseball should be cognizant of the fact that there are many, many players who are in a similar situation as Yunel.  The sensitivity training that Escobar will take part in should be given to all ballplayers, regardless of their background.  But perhaps those media members who cover the team should be given cultural sensitivity training before they jump to conclusions on an issue they don’t remotely understand.  For further reading, I recommend this piece by Cuban-American author Jose Latour:

“Maricón” was also used to label someone a coward, a fool, a despicable or deceitful person, a cheapskate – even if the detractor knew the guy was heterosexual. Besides, if you wanted to prompt a male friend or relative into doing something, from jumping off a cliff into a river to asking a girl out, you’d say: “Go ahead, do it, don’t be maricón.”
…
But Canadians, and the media, should understand that immigrants need time to learn and adjust. The reaction to Mr. Escobar’s deplorable mistake failed to take into consideration where he comes from and his ignorance, if you will, of how people would be offended. For that reason, the reaction turned excessive and unjust to a certain degree. He learned his lesson. But I’m not so sure he’s the only one who has to learn something from this sad episode.” 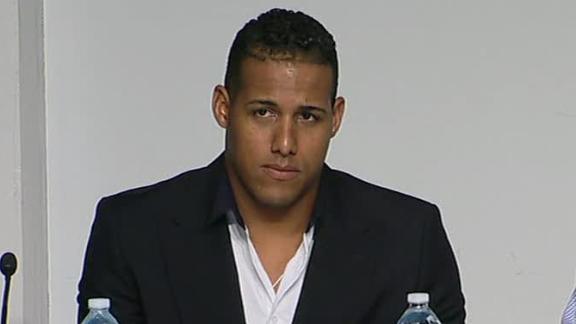