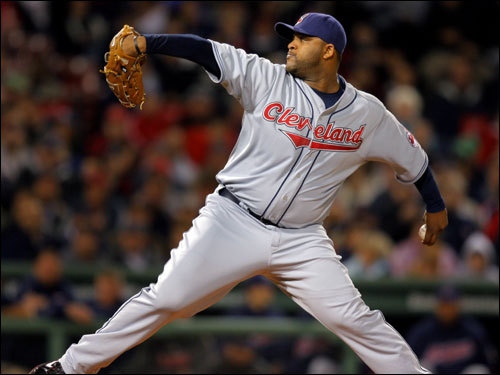 How many times have we been treated to a thrilling playoff series only to be disappointed in a lacklustre World Series?  Sometimes it is the journey that the World Champs take to make it.  It happens in all sports but here is a short list of LCS’s that could have been a great World Series.  Included are series in which the LCS winner went on to win the World Series obviously.

2007 ALCS – The surprising Cleveland Indians beat the heavily favoured Yankees in the LDS and then had to face the Red Sox in the ALCS.  The bright stars of the Indians included CC Sabathia who went 0-2 in the series was not effective but the Indians still took a 3-1 advantage in the series.  Beckett, Shilling and Matsuzaka shut down the Indians in the final three games which all resulted in blow outs.  The turning point however, was third base coach Joel Skinner holding up Kenny Lofton at third base on a play that looked he could have easily scored and tied the game in the top of the 7th.  Lofton didn’t scored 8 unanwsered runs in the 7th and 8th.  The three game win streak the Sox had in the ALCS continued into a dull World Series which the Sox won handily over the Rockies in a sweep.

2004 ALCS – In probably the most historically memorable series in postseason history of any sport the Red Sox were down 3-0 to the rival Yankees and after scoring 19 runs in Fenway the night before the Yanks and Mariano Rivera were ready to clinch.  The Sox battled back to win game 4 in high drama and a similar nailbiter the next night in a 14 inning affair, before cruising when the series returned to Yankee Stadium en route to a supreme comeback.  A much hyped World Series was a letdown as the Sox won in a sweep.  Interesting, the NLCS was a thriller between the Cards and Astros but will be forever overshadowed by the Red Sox historic comeback.

2003 NLCS – The Marlins beat the Yankees with Josh Beckett’s brilliance in the World Series but both Finalists needed extraordinary drama to reach a rather anti-climatic series.  The Yanks had to scored 3 runs in the bottom of the 8th to extend eventually win game 7 on Aaron Boone’s extra inning dinger.  This extended the Red Sox curse in typical heartbreaking fashion.  A similarly cursed team, the Cubs, seemed poised to win their first pennant since the War, being up on the Marlins 3-1.  They were shut out by Beckett in game 5 and took a 3-2 series lead home.  They led 3-0 in game 6 and then Bartman happened.  His misplay opened the door for 8 Marlin runs in the top of the 8th.  The Marlins went on to win the game and the series the next night.

1988 NLCS – The Oakland A’s were 10 games better than the Dodgers and 15 better than the Red Sox in the LCS.  However, the Dodgers had no problem with the A’s in the World Series.  The NLCS was a back and forth affair in which the Dodgers Orel Hershiser could not be solved.  He appeared in 4 games and won 3.  The Mets were able to come back late in a couple games and it was thought they would break out while hanging around in the series, but it just never happened.

1981 NLCS – the Dodgers again were probably a better team than the Expos and showed they had very little to offer offensively against Ray Burris and Steve Rogers.  However, the Expos mustered only 3 runs in the three losses to the Dodgers.  The Dodgers Rick Monday was the offensive hero when he hit a game winning homer in the top of the ninth.  This is probably the second most famous homer, on what has become to be known as “Blue Monday”, in Canadian baseball history.  The Dodgers went on the beat the Yankees easily after losing to them in tight series in the late 70’s, the Expos went on to extinction. 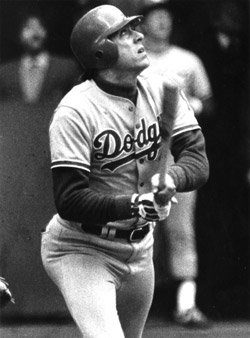