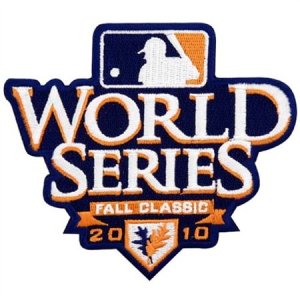 Changeup! Today we have another Pinch Hit article, this time looking into the upcoming 2010 MLB Playoffs from a betting perspective.

For the most part, everything about the MLB sports betting season is too long. The season stretches on forever and games are routinely lasting longer than the extended version of a Peter Jackson epic. The good thing is that we’re at the home stretch, and October is going to give us a reason to care about baseball sports betting yet again.

The Phillies and Yankees met in the 2009 World Series, with the Evil Empire claiming victory 4-2 SU. As it stands right now, it looks as if both teams could form the first World Series rematch since the Yankees and Dodgers met in back-to-back series in 1977 and 1978. There’s a reason that both teams are favored in World Series 2010 sports betting futures. Philadelphia sits with +550 odds right behind the Yankees at +250.

The American League is clogged with the Red Sox, Yankees and Rays fighting for a playoff spot out of the AL East. Both the Minnesota Twins and Texas Rangers have steady leads in their division, meaning that the American League reps in the 2010 MLB playoffs will be major market teams. That’s one thing we can be thankful for.

The playoff picture in the National League is much more intense. Philadelphia is trying to stave off the red-hot Atlanta Braves in the NL East, while San Diego and San Francisco are in a dog fight for top honors in the NL West. Surprisingly, Cincinnati sits with a steady lead over the Cardinals in the NL Central.

There’s nothing more exciting in baseball than a good, old fashioned pennant race. Are you ready for the sports betting drama that’s about to unfold in October? I sure as hell am.