This week the Toronto Blue Jays announced that Mat Latos wouldn’t be cracking the team’s stellar 5-man rotation.  As a result, Latos would be assigned to the AAA Buffalo Bisons, should he choose to accept it. He did.

The Toronto Blue Jays arguably have one of the top five starting rotations in all of baseball. Anchored by American League ERA-leader Aaron Sanchez and 20-game winner J.A. Happ, the Blue Jays finished 2017 with the best team ERA in the AL.  In 2017, the only difference in the rotation will be the substitution of Francisco Liriano and his wipe-out slider for R.A. Dickey and his capricious knuckle-ball.

Not only do the Blue Jays have Aaron Sanchez and J.A. Happ to thank, but also the baseball gods for being in their favour.  Only seven Blue Jays pitchers made a start for the team all season long. Of the two additional starting pitchers outside of the core 5-man rotation, one was Franciscio Liriano, who became a part of the Blue Jays’ six-man rotation to limit rookie Aaron Sanchez’s innings. The remaining two starts went to the replacement-level Drew Hutchison.  Two starts out of 162 went to a pitcher not in the rotation.  It’s every baseball GM’s dream come true. 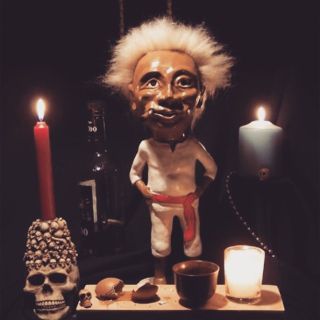 In the modern-era of baseball, a team employing only seven starting pitchers over the course of a 162-game season is practically unheard of. This is likely the reason that Mat Latos accepted the minor league assignment: he’s banking that at some point during the season, a Blue Jays starting pitcher will get hurt and Latos will be called up to pitch. The additional incentive is that the Blue Jays are playoff contenders, and if he pitches for the team, he’ll have a chance at a World Series ring.

To provide some context, below is a list of the number of starting pitchers that made a minimum of at least a single, solitary start for the Blue Jays over the past 10 seasons:

The average number of starting pitchers used by the Blue Jays over the past 10 seasons works out to 10.7.  If we round that number up to 11, it means that the Blue Jays will be looking for six additional starting pitchers to carry some of the load for when the injury bug inevitably bites in 2017.  The importance of these substitute pitchers is magnified when the team’s projected win-loss record is taken into account. According to ESPN’s 2017 Power Rankings, the Blue Jays are projected to finish 2nd in the AL East with a 87-75 record, six games behind the projected first place Boston Red Sox.  The performance of the substitute starters could very well determine whether the Blue Jays are a first place team, a wild card team, or out of the playoff race altogether.

Let’s take a closer look at the stop-gap candidates currently under the Blue Jays’ employ:

Mat Latos once finished 8th in Cy Young award voting… but that was seven years ago.  He’s been with five organizations over the past two seasons and there’s a reason for that: he sports a 79 ERA+ and a negative bWAR over that span.  He’s worse than a replacement-level player.  You don’t want this guy in the rotation, but if you need a spot start, it’s better to have Latos than Ty Taubenheim.

Casey Lawrence is second only to Marco Estrada in innings pitched this spring, with 16.1 to his credit.  According to CBSSports, Lawrence is first in line for a call-up and I’m inclined to agree; I’d much rather have Lawrence in the rotation than the aforementioned Mat Latos.  Last season, Lawrence’s velocity jumped from 88-90mph to 92-94mph. With the jump in velocity came a jump in success.  Lawrence finished the AAA season with a 2.91 ERA over his final 12 starts.  With that said, Lawrence is 29-years of age and heading into his 8th minor league season.  It doesn’t usually take players that long to develop.  Here’s hoping that Lawrence is a late-bloomer.

Gavin Floyd has shown flashes of effectiveness over the course of the last three seasons, however, the sample size is a small 98.2 innings due to multiple injuries. The former 17-game winner is coming back from a torn right lat muscle and has not yet appeared in a spring training game.  Time is not on the side of the 34-year old Floyd, but if he does recover from his latest injury, he could be an adequate fill-in for the Blue Jays in 2017.

While it’s technically true that Mike Bolsinger is a starting pitcher, the 36 career Major League starts to his name have been mostly bad.  He’s another Ty Taubenheim in that the less the Blue Jays see of him, the better off they will be. 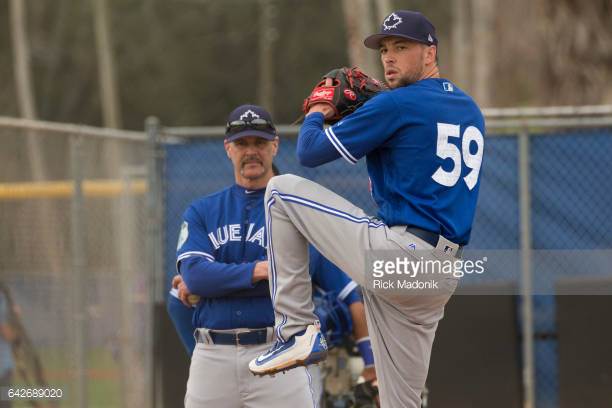 After these four, there’s really not much else left.  The Blue Jays could be aggressive and promote Conner Greene or Sean Reid-Foley, but that would be counter to the organization’s cautious player development ethos. These four pitchers don’t really instill a whole lot of confidence, so expect GM Ross Atkins to be scouring the waiver-wire and the garbage heap to pick up a few warm bodies.  Here are a few candidates:

The 6’8″ Doug Fister is only two seasons removed from a 16-6, 2.41 ERA season with the Washington Nationals.  He ate 180 innings for the Houston Astros last year and would be a capable fill-in should one of the Blue Jays starters falter. With that said, Fister made a cool $7M and would likely command a price that is much higher than what the Blue Jays are willing to pay for minor league pitching depth. Still, the longer he’s on the market, the more desperate he’s likely to become.  And at this stage in his career, the draw of joining a playoff contender could help the Blue Jays to land him.

Former Cy Young award winner Jake Peavy is currently working out at home while he deals with the fallout of a divorce and an investment scandal.  The free-agent Peavy is looking to sign with a team at some point in 2017, and he could be a key addition for a playoff-contending team looking for pitching depth… such as the Toronto Blue Jays. If Peavy pitches like he did pre-divorce (see his 2015 season), he could fill in for an injured member of the rotation and the Blue Jays wouldn’t miss a beat.  Like Fister, Peavy was compensated handsomely in 2016 – to the tune of $15M. While he likely won’t command nearly that amount as a 36-year old free agent coming off a disappointing 2016 campaign, Peavy would make for an ideal quick-strike move for a team such as the Blue Jays if a member of the rotation gets ticketed for the infirmary.

It was announced on Monday that Hyun-Jin Ryu will be the Dodgers’ 4th member of the 5-man starting rotation.  Alex Wood, Brandon McCarthy, Scott Kazmir, Brock Stewart, and Ross Stripling are all battling to make a claim on the 5th and final spot. That is, until highly-touted rookie Julio Urias is ready to take it over.  That’s five guys battling for one spot – perhaps the Dodgers would be willing to deal from this position of strength in exchange for a few middling prospects? While the ninja of baseball GMs now has an office at Dodger Stadium, it is not beyond the realm of possibility that Alex Anthopoulos could convince the Dodgers’ brass to throw his old team a bone.  You know, the Canadian connection and all that.  Not that any of these arms would save the Blue Jays’ season anyway. 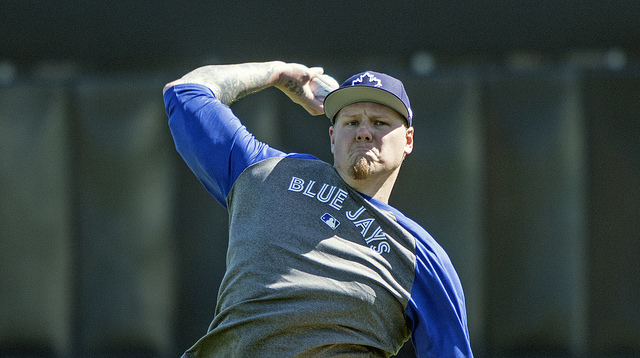 In the end, the options for a capable starting pitcher that can be relied upon in case of an emergency are limited.  Blue Jays fans will have to hope for another season of immaculate health from their starting pitchers, because it’s going to be ugly if Ross Atkins is forced to scramble for six different starting pitching options over the course of the season. There’s no depth in the system and not much in the way of help outside of the organization either.  In this situation, the return-on-investment for the high performance department will be most evident if the starting rotation is able to make it through 2017 relatively unscathed.