We’re at the end of the month of April and the Toronto Blue Jays have played abysmal baseball, to put it lightly.  The team that Vegas had picked as favourites to win the World Series at the beginning of the season has stumbled to a 9-17 record.  Although I’m not even remotely in the camp of panicking Jays fans, my concern is that this Blue Jays team is not at all fun to watch.

First off, a quick overview as to what has gone wrong.  The opening day lineup was supposed to look like this:

You may correct me if I’m wrong, but I don’t think this lineup has played together a single game yet so far this season.  Brett Lawrie opened the season on the DL, Jose Bautista missed games due to a back injury and ear infection and Jose Reyes suffered a devastating ankle injury.  Reyes’ injury has been the most significant because it sends shockwaves through the lineup.  It throws the leadoff position in flux and significantly lessens the infield defense.  The likes of Rajai Davis, Emilio Bonifacio and Munenori Kawasaki have been slotted in the lead-off role; none of them possess on-base ability that even approaches respectability.

This puts the Jays behind the proverbial “8-ball” at the beginning of every game, because they are giving away the first out more often than not.  Both Melky Cabrera and Jose Bautista have struggled to get on base.  If the Jays are in fact able to string together a walk and a base hit, it seems to happen with two outs. The rally is then killed tout suite by the gaping hole that is the bottom half of the order. That’s been the most frustrating thing, and what makes it painful to watch this team play.  Colby Rasmus has struck out in nearly half of his at-bats; JP Arencibia is striking out when he’s not hitting solo home runs.  Emilio Bonifacio and Maicer Izturis are non-entities.  Adam Lind has exceeded his low expectations by getting on base at a 40% clip, yet he still clogs up the base paths and is not hitting for any power.  While a singles hitter who can take a walk is valuable, you generally don’t want him to be your first baseman.

The only player who has been really fun to watch is the band-aid solution at shortstop, Munenori Kawasaki.  He’s fun to watch because of his enthusiasm for the game and his off-the-wall antics, not because he’s a good baseball player – and that’s unfortunate.  He’s only a couple of ticks above David Eckstein in terms of range and with the bat.  And that’s when Eckstein was in Toronto. 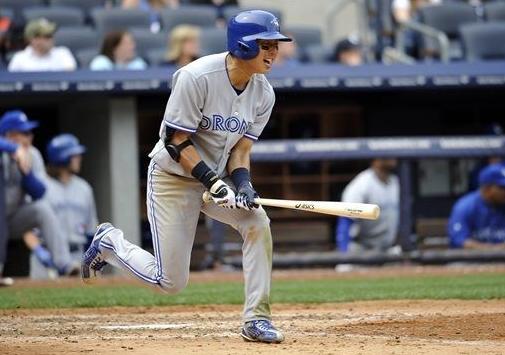 In terms of team defense, there is no sugar-coating it: the Blue Jays have been embarrassing.  Mark DeRosa and Bonifacio were nightmarish at third base when filling in for Brett Lawrie.  Save for one highlight-reel play, Rajai Davis has been Rajai Davis in right-field when filling in for Jose Bautista.  That is to say, not very good.  Whether he’s pressing to do too much or his head is elsewhere, JP Arencibia has regressed terribly with his defensive game.  The Melkman has been a definite improvement in left field, though his throws to the plate leave a lot to be desired.  The overall theme has been sloppiness.  Again, like rallies that continue to be killed, no one wants to watch the best players in the world play baseball and play it sloppy.  It’s maddening.   It hasn’t been all bad, however. Colby Rasmus has been quite good in centrefield.  It has been enjoyable watching him glide around effortlessly to balls that most centrefielders have no business getting to.

The rotation has also had its share of issues.  On paper, it was supposed to look like this:

And on paper, it sure looks impressive.  But it hasn’t been so.  While none of the starters have hit the DL (thankfully), two of the five are walking wounded.  Our ace, R.A. Dickey, has been battling through broken fingernails and inflammation in his back.  Josh Johnson has tightness in his triceps.  It seems as though Brandon Morrow is still finding his release point.  He shows flashes of brilliance, but will unravel after a walk, a broken bat single and a pitch left over the plate that ends up in the seats.  He will only get better.  In regard to Mark Buehrle, Drew Fairservice said it best in the National Post’s Blue Jays Blogger panel.  When asked which Jays player is most likely to disappoint, Drew remarked:

Mark Buehrle.  Cannot speak highly enough of his durability, but he’s aging and wasn’t exactly a star to begin with.

To me, he does seem a tick below what he was last year in terms of both stuff and command.  Couple that with the fact that he will start half of his games in the homer dome, and we may have ourselves a league-average starter on our hands (at best).

Josh Johnson in the #4 spot is an absolute treat.  He would be a #1 on many MLB teams and to put him up against opposing team’s #4 starters is downright unfair.  And at times, Johnson has been unfair to opposing hitters with his overpowering stuff.  But he has been maddeningly inconsistent.  He will strike out a string of hitters only to walk the entire ballpark.  Keep in mind that Johnson had a slow start last year.  I have no reason to believe he won’t work out the kinks.

As far as JA Happ is concerned, he’s just been “a guy” and thats really all you can ask of him.  He’s kept the Jays in games.

The real pleasant surprise has been the bullpen – expertly managed by John Gibbons.  They have had plenty of opportunity to surprise due to the fact that the starting staff can barely get out of the 5th inning.  Casey Janssen has continued with his smoke-and-mirrors act to provided flawless relief at the end of games.  Steve Delabar has once again been rock solid while carrying an extraordinary workload.  Esmil Rogers has been a pleasant surprise as has the rejuvenated Brett Cecil.  Darren Oliver is beginning to show his age but he’s still got enough juice left to be effective.  The return of a healthy Sergio Santos will only solidify the bullpen even further.

So, can this Jays team continue to really be this bad? No. The reason for this is that the best of this team is yet to come.  Lawrie has taken time to get back into the groove and he’s showing that he’s beginning to settle in.  The health issues that have ravaged this team will soon be alleviated.  While the absence of Brian Butterfield has been apparent, team defense will improve because it has to.  These are professionals and they will do what it takes to get better.  Defense is one of the easiest things to remedy because it gets better with more reps.

And once Jose Reyes returns? Look out.  This team is going to be fun to watch again.  While they have certainly handicapped themselves a great deal in the month of April, it will only serve to make the pennant race that much more interesting. 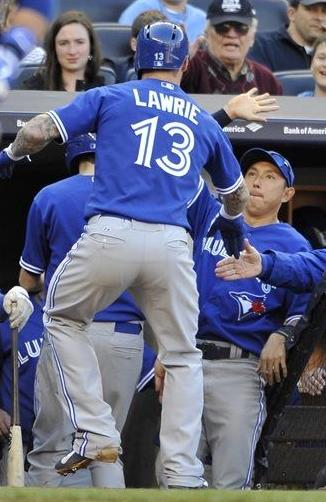