Early on in tonight’s Jays/White Sox tilt it was clear that Dana Eveland had it going on.  He was able to throw all of his pitches for strikes and spot his pitches (except for a few fastballs) effectively.  He had his mojo working so much that I tweeted one observation which I found somewhat amusing:

That’s quite a bit of confidence for a guy who has had 2 good games so far this season, coming off a season of a 7+ ERA.  Even Zito would only do that when he was contending for the Cy.  I don’t get to see a lot of west coast games, but I have not seen him do it once since he has been with the Giants. 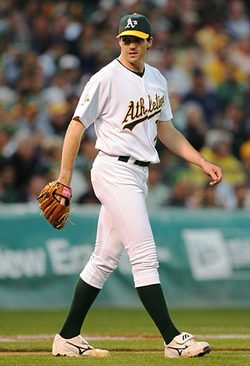 However, after watching Eveland throughout the game I was reminded of another pitcher. Although he doesn’t have overpowering stuff, he did what successful crafty left handers need to do: disrupt a hitter’s timing. And he did it well.  At the end of the game, instead of thinking of Zito I started thinking of Eveland in terms of this guy: 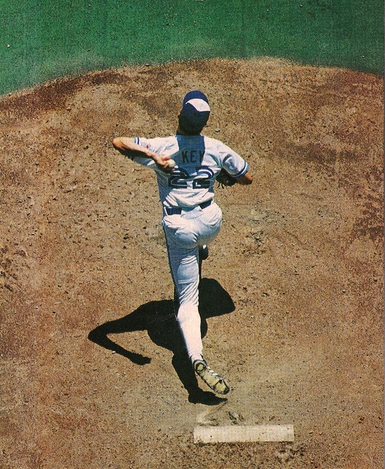 As I said in the National Post, and I continue to Tweet it, Travis Snider is looking much better defensively this season and he backed it up with a web gem last night. Stud. 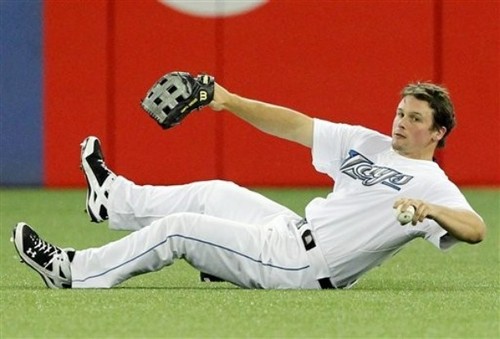 Speaking of the National Post, one of the contentious issues was who should be leading off for the Blue Jays.  I was in the minority when I chose Jose Bautista, as most believed he wouldn’t be able to get on base at a reasonable clip.  True, he is sporting an avg below the Mendoza line.  But for someone who is perceived as being loathe to take a walk, Bautista added 3 more tonight to raise his OBP to .388. I’ll take it.

Sergio Santos. Wow, what a story.  Converting from shortstop and learning to pitch in one year and then coming in to the RC and dominating the Jays with a deadly fastball/slider combo? That is truely remarkable.  His stuff is filthy.

Mike McCoy is a stud.  Great adjustment at the plate to hit the inside fastball. Two doubles and solid defense.  I am very happy to have him as the 25th man on the roster.

Freddy Garcia’s fastball, if you can call it that, is flat and slow.  His secondary offerings are average at best.  Overall he has single-A stuff. It smacks of Pat Hentgen’s farewell tour in Toronto.  If the Chicago White Sox truly view themselves as a contending team, Garcia will be nowhere near this team by mid-may.  His career is over. RIP, Freddy.  Enjoy some arepas.  You’ve earned it. 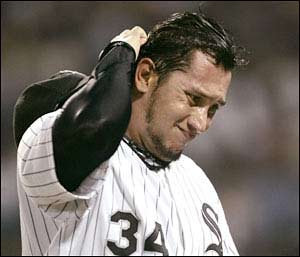