Love or hate; bust or star; I can’t recall a Toronto Blue Jay that has divided the fan base as much as Brett Lawrie.

At the start of the season fans were calling for his head, citing mental errors, a lack of performance, and maturity. Since returning from the DL and producing, segments of the Jays fan base consider Lawrie the second coming; a perennial all-star and a WAR beast.

What’s the deal? Is Lawrie on a hot streak, breaking out or soon to be cooling down.

I’ve identified three ‘problem areas’ that Brett has improved upon since returning.

We’ll look at all three; before and after his DL stint in late May.

Overall Swing rate – before his DL trip in late May: 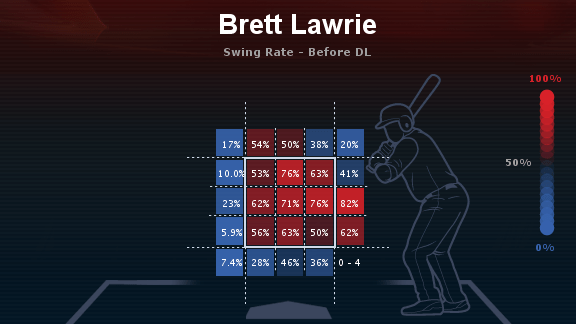 Swing Rate – Note high chase rate low & middle in out of the zone. 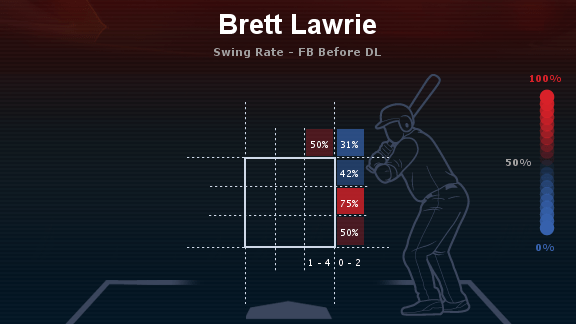 Swing Rate – notice high rate for changes dipping low and out of the strike zone, particularly middle & in. 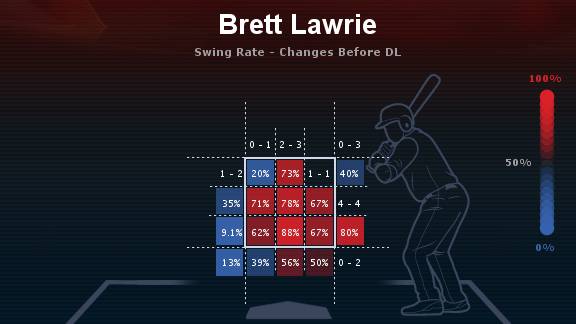 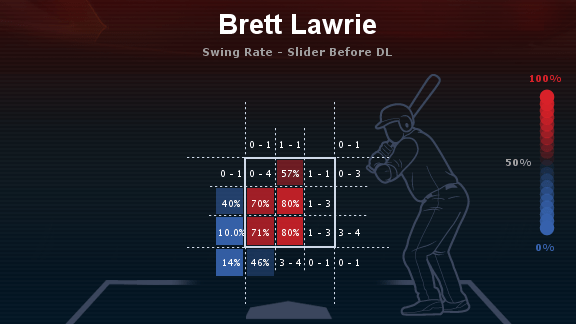 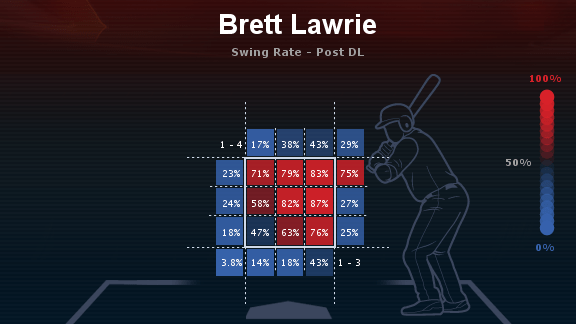 While on the surface the chase rate continues to be high, it’s important to note the location of the chases. Before the DL, Lawrie spent his time chasing middle in & down fastballs — pitches that are harder to drive — at a rate of 75% & 50%. Since returning from the DL, Brett is letting those pitches go; 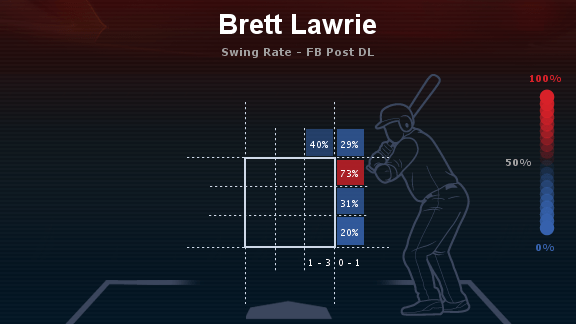 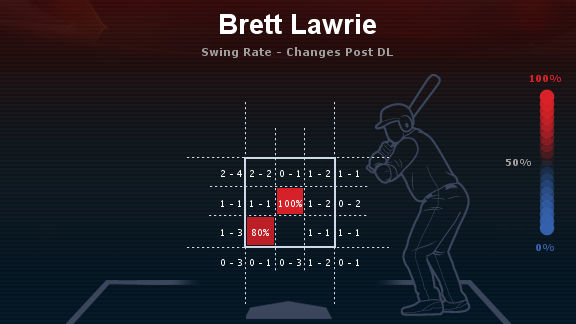 This keeps him competitive in counts and gives him the chance to offer at a higher quality of pitch. 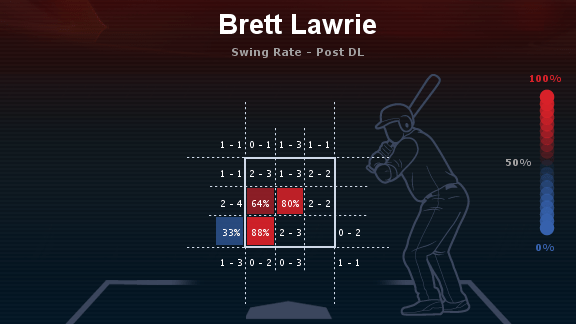 But one has to wonder how much of this is luck? A good portion of Lawrie’s in play success is coming against the aforementioned slider, but notice the location of hits. While he is taking advantage of mistakes up, one has to wonder if this will continue.

Also, 2 of his 5 post DL HR have come on mistake location curveballs. 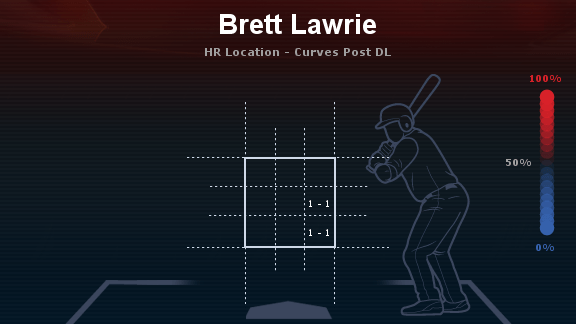 Let’s give Brett credit: he’s taking advantage of off-speed mistakes up in the zone and making opponents pay.

But I have to to wonder, is Lawrie’s recent success due to

As the season grows, so will the sample size. We’ll check back in after–mercifully– the 2013 season ends.

Is Brett for real? Do you need more time to assess his performance? Is he just getting lucky? Let us know in the comments section.