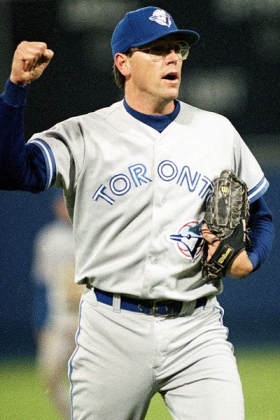 H-E-N-K-E!  Waddya got? Terminator!  Master of the fist-pump, Tom Henke was the closer for the Toronto Blue Jays from 1985-1992.  Remarkably, he retired as closer of the St. Louis Cardinals in 1995 at age 37 after posting a 36 save season with an ERA+ of 230.  Henke had a devastating forkball and kept hitters off balance by throwing pitches with all different arm angles, including submarine.  His nickname was Terminator because he was such a god damned stud.

You can see him in action below: 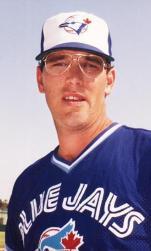