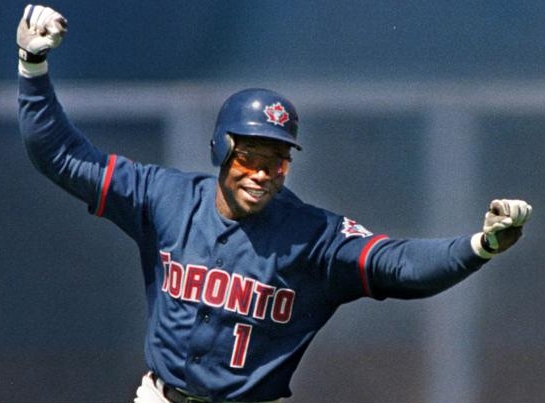 A source reveals to Mop-up Duty that Tony Fernandez will be coaching current Blue Jays’ shortstop Yunel Escobar this offseason. 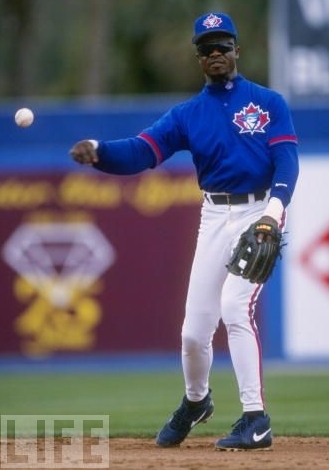 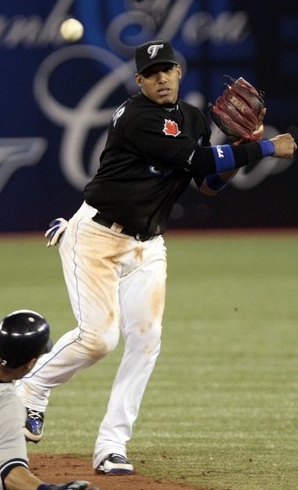 This past weekend former Blue Jays shortstop Tony Fernandez was in Toronto with former teammate Lloyd Moseby for a sports memorbilia show.  When asked how he felt he compared with current Jays shortstop Yunel Escobar, Fernandez replied that they both play a very similar game.  He then went on to say that the Blue Jays have hired him to coach Escobar one-on-one in the offseason.  An American citizen now,  Fernandez currently lives in Florida near where Escobar resides.

Fernandez declined to elaborate further on what he would be coaching Escobar on specifically.

What could it possibly be?!

It is doubtful Fernandez is there to work on Escobar’s defense since it is already stellar.

When it comes to swinging the stick, Escobar is a different type of hitter than Fernandez.  Tony was a slap-hitter; Yunel has more power and is a line-drive hitter.  That being said, Ferndandez could offer counsel on situational approaches while providing examples as to how he was pitched to during his career.

It could be that Fernandez is there to work on helping Escobar adjust to the way the game is played at the Major League level, specifically dealing with the fundamentals of the game.  Yunel ran himself out of Atlanta for his perceived lack of hustle, mental errors, and the perception that he was a showboat.  Tony was similarly criticized when coming up through the Blue Jays’ organization for his “flash.”

Longtime Blue Jays shortstop Tony Fernandez remembers getting criticized by minor-league coaches for not playing with the basic fundamentals taught in North America, instead fielding in the improvisational manner necessary on the rocky surfaces he grew up playing on in San Pedro de Macroris.

“I had managers screaming at me, saying I was flashy, but that was the way that I played,” he says. “John McLaren was one of my minor-league managers and coaches here. He told me this once, ‘When you are yourself, you’re one of the best players, you’ll be a great player, just be yourself, smile, have fun. That’s the way you should play the game.’ I was fortunate.”

Thanks to their imaginative defensive stylings, both Escobar and Fernandez are able to make plays that most big league shortstops couldn’t dream of doing.  Was Fernandez hired to get Esco to tone down his flash? Not likely, based on quotes from Jays GM Alex Anthopoulos:

“If you look at the Cuban player, they play with a lot of flare, a lot of emotion, a lot of flash,” Anthopoulos said. “But I think it can be exciting for fans. Toronto fans love watching a high-energy player who brings a lot of passion and desire to the shortstop position and I think he’s going to be able to thrive in this environment.

“Just talking to Cito Gaston, he said Tony Fernandez was very flashy as well and he thrived here, he was a fan favourite.”

True, they are very similar players.  But noone has ever accused Tony Fernandez of not running out a ground ball or making a mental error because his head was in the game.  Escobar has had mental lapses, misplays and sometimes fails to hustle down the first base line.

Many very successful ballplayers will explain that their success resulted directly from having been mentored.  A veteran player took an interest in them and their careers at a critical time in their lives, much like Rance Mulliniks did for Kelly Gruber.  They were coached, advised and encouraged.  The mentor takes an active interest in both the physical and psychological development of the protégé.  Development aspects include examining approaches both offensively and defensively, learning how tasks should be handled, which ballplayers to emulate.  Psychological considerations include building self-confidence of the protégé, as well as offering counselling and friendship to make him aware of the political and cultural nuances of the organization.

This is where Fernandez can provide valuable tutelage.  Fernandez became a fan favourite in Toronto for not only his flair and flash, but also his “hustle & heart” – the tagline of the 2010 Jays.  If Tony can impart any wisdom gained in his 17-year career to Yunel on how to stay focused during the game and to respect the game by playing it hard at all times, Escobar could become an infield cornerstone for this Blue Jays club.  If that is in fact why Fernandez has been hired to take Escobar under his wing, then kudos to GM Alex Anthopoulos.

Mentoring is most prevelant in the corporate world to develop senior managers and executives.  It used to happen informally, but recently the trend has been to incorporate formal mentoring programs as part of an employee’s career development plan.  Bringing this practice to baseball is just one of many creative, forward-thinking decisions that the young GM has become known for.  Instead of letting the whole team, coaching staff and fanbase hate on Yunel and letting it fester (like what happened in Atlanta), Escobar is paired with possible the best mentor/coach a shortstop could ask for.  Who wouldn’t want to come play in Toronto? 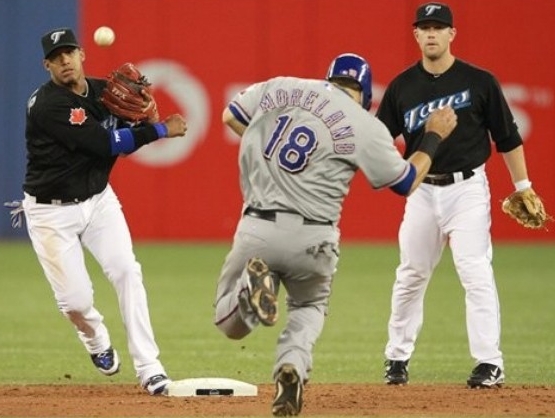 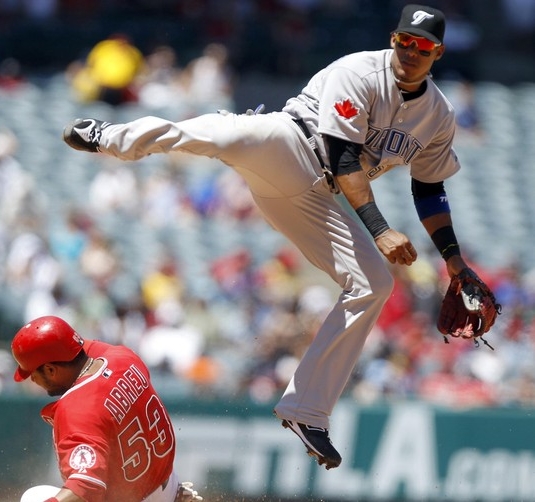