Alex Anthopoulos has put his money where his mouth is , making Tools the new Moneyball over Sabermetrics in Toronto. 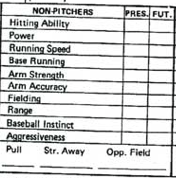 This is quickly becoming old news. From a March 2010 Bob Elliot article:

Anthopoulos came up with a number of his own, hiring 32 new scouts during the off-season — 14 on the pro side and 18 to scout amateurs.

Both pro and amateur departments were redesigned, each with a three-level hierarchy.

Admittedly a mixture of stats and tools, Alex was undervalued during the off-season. The Jays knew all about his plus D. His average to tiny-plus power played out well, netting a younger player four months later.

Scores as above average in power, not much else. Honestly I’m not sure how to defend this move on a tools or sabermetric basis. At the end of the day the AA ‘secret sauce’ was applied. And it ended up being pretty tasty.

Top level prospects that each bring tools to the table. Drabek brings ‘bloodlines’, which scouts love 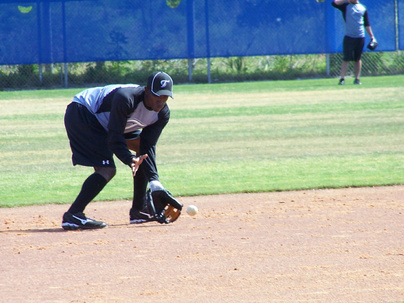 A gift really. Lewis has tools in spades but has never put it all together. In 2010 he’s right around historical norms offensively but still has to put things together defensively. The tools are present.

Off the chart tools from the defensive side. Strong hit for average, above average speed, great arm strength.

As I alluded to earlier, League has tools but has shown a propensity to be a set-up man due to his yearly low WPA. 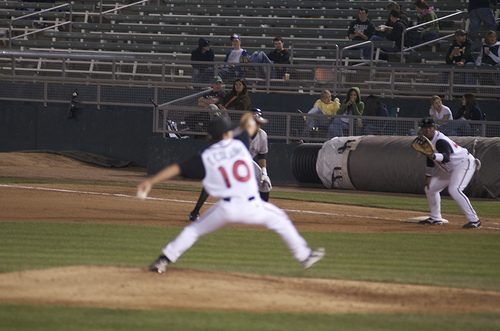 Sabermetric stat machine. Utterly amazing K/9 ratio. But from a tools perspective he graded out as average to above average in most facets of the game. Also does not have prototypical pitcher height and weight

Strong hit for average and above average power skills, although a slow, lumbering runner and a below average corner infielder. Far from toolsy.

Many (including myself) grumbled about the Jays reaching on players with their boatload of early picks. In retrospect this appears to have happened for three reasons:

1. Free up some cash for the International Signing period
2. Select ‘reach’ Toolsy players that scouts liked
3. Go over slot on Tools when need be

The Jays aren’t going to break the bank with early picks (ie the first round such as the unsigned Deck McGuire, although they will go over slot with players from the second round and down). Recently second-rounder Kellen Sweeney signed for roughly $70,000 over slot. Rumours abound that 5th rounder Dickie Joe Thon will be lured away from a Rice commitment for a seven-figure plus bonus.

The Toronto Version of Moneyball

AA took over the reigns, bringing along a mission to push scouting and tools as a means to compete in the AL East. We won’t know how things ultimately turn out for a few more seasons but it’s easy to see that things are looking up in Toronto.