With pre-spring training yielding little but a few photos and random quotes let’s look ahead to the start of the season.

The Toronto Blue Jays 2010 regular season will kick off with an afternoon game (2:05 eastern start time) against the Texas Rangers.

Will we see another Adam Lind (HR, 6 RBI) like opening day? All questions will be answered on April 5th.

I know this hurts but what the hell? Here is some extremely low quality video I shot of the new MLB 2K10 video game featuring Doc Halladay in a Phillies uniform.

Of course it doesn’t hurt as much as seeing the real thing. 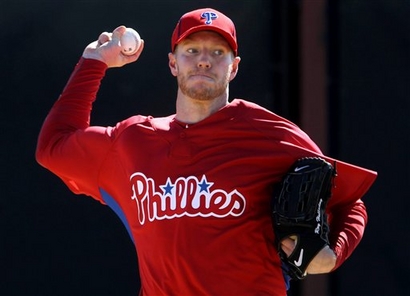