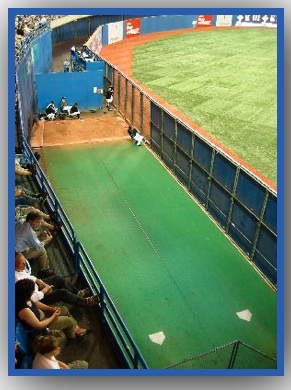 After the pen dropped another game last night, I was left wondering, how has the pen performed as a whole this season?

Two stats that I’ll use are WPA and WPA/LI.

WPA is the difference in win expectancy (WE) between the start of the play and the end of the play. That difference is then credited/debited to the batter and the pitcher. Over the course of the season, each players’ WPA for individual plays is added up to get his season total WPA.

LI (leverage index): A measure of how important a particular situation is in a baseball game depending on the inning, score, outs, and number of players on base, created by Tom Tango.

And more info on WPA/LI , from Tom Tango

As I’ve stated at other occasions, the best stat around is WPA/LI (WPA divided by Leverage Index), which is the same thing as wOBA by Game State. With a man on 3B and less than 2 outs in a close game, a strikeout is a killer. The underlying premise of wOBA is that the average positive value is always exactly 1. That is, a walk is worth on average 0.72 positive plays, but could be worth 0.50 in some cases or as much as 1.00 in the case where a walk and HR are worth exactly the same (bases loaded, tie game, bottom 9th). A HR could be worth as little as 1.0, on average close to 2.0, and probably as high as 3.0 or 4.0. But the point is, we don’t give the leverage to the player. We have a specific wOBA stat for the specific game situation, but, it doesn’t inflate the impact based on the inflated value of the Leverage Index. That’s why it’s WPA divided by LI. From this perspective, sequencing matters, but timing does not….

For relievers and PH, it’s a bit different, since managers are using them based on the game state. They do have an influence since a better player will implicitly force his manager to use him in the higher leveraged situation. However, as noted Book Blog poster Guy pointed out, those situations will exist regardless of which reliever the manager can choose from. And, he certainly makes a good point. Guy’s idea, why I endorse, is to basically give a portion of the “timing” value to the reliever, a portion of which is based on how much he contributed over what a peer-replacement would have otherwise done. This would satisfy both camps: that part of the “timing” value was strategically earned, and part of it was pure luck.

WPA is a solid overall bullpen stat, while I find WPA/LI to be a better way to gauge closing out games in higher leverage situations.

From an overall Standpoint the Jays Pen is in:

The bottom 3rd in team relief WPA (and 2nd last in the AL, behind only the O’s).

They are in the upper third of the pack in WPA/LI. This makes sense. The Jays pen tends to explode leads, not merely surrender them. This is why the WPA/LI is in the upper thirds vs being down around their WPA rank.

Camp is #2 in WPA but is in the middle of the pack in WPA/LI. This would have to be attributed to some early season middle relief duty, although Camp has given up leads a few times over the past month or so.

Purcey has pitched well and justifies a bump in IP and overall leverage situations.

Gregg’s four blown saves hurt his WPA (which is usually middle range for closers) and shaves some points off of his WPA/LI. His LI leads the team by a wide margin, which is to be expected from the closer.

And for the the record according to WAR values Brian Tallet is the second worst pitcher in all of baseball, responsible for -1.3 wins. His WPA is easily the worst on the club.

On the whole the pen is right around league average. It probably appears to be worse than it is due to