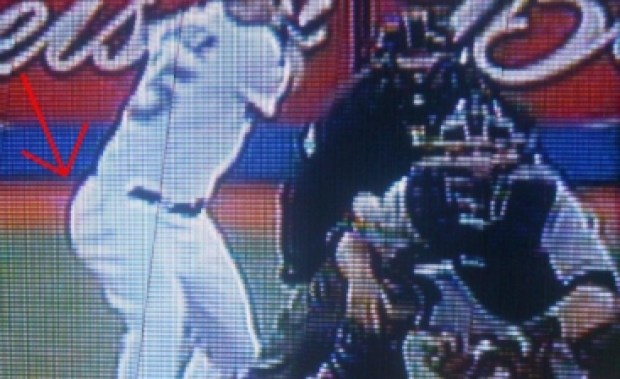 In the 5th inning he earned an outfield assist, forced a runner to put the brakes on early rounding third. Later in the game he got a great jump on a potential gap liner, making a difficult catch look easy.

The original book on Snider coming out of the draft was a lack of defensive skills & even mobility, perhaps pushing him to 1st or DH.

I echoed this statement myself in the early days of Mop Up Duty, trashing Snider’s D out in RF on numerous occasions.

While I still believe Travis isn’t cut out for RF, he could become an asset in the LF. From the naked eye, Travis seems take better routes and gets eaten up by less balls in LF as opposed to right.

The stats are on board with LF, although the samples are super tiny

Snider’s LF development in the hands of E5?

Could EE’s multiple E5’s and just out & out poor play force Bautista out of RF and back to 3B? (and thus shift Travis over to RF) 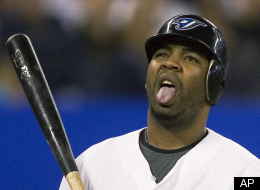 I’m sure Edwin will be given multiple opportunities to stick at third. It will take time to get a read on John Farrell’s tolerance towards poor defensive play. If EE finds himself leaving 3B at some point (to DH, trade, etc) the Jays may have some options other than Jose. Lawrie is gearing up in AAA and Jayson Nix may have bought himself a short audition at third with his play during game #2.

In a perfect world Snider sticks in LF, Bautista continues to man RF and the EE or someone else steps up defensively at third.

While it’s safe to say we’re all still waiting for a breakout with the bat, positive contributions in LF would add greatly to Snider’s value and overall bottom line.