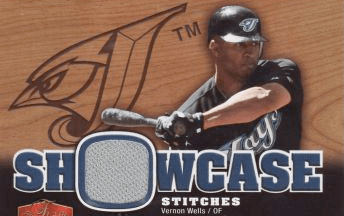 Recently selected as the Neil MacCarl Toronto Blue Jays Player of the Year (Jays only award), the question that many Jays fans will ask is which Vernon Wells will show up in 2009?

While doing a little background research I was surprised to see that consistent production has been a problem even during his minor league career. Full year OPS numbers from 1997 to 2001:

His MLB career has also followed along these lines. Since we’re now in the big leagues we’ll switch in OPS+ for regular OPS. Vernon’s full-time career at the MLB level began in 2002. OPS+ stats from 2002 to the end of the 2008 season.

Once again, anytime that Vernon has posted a strong OPS (110+) he’s seen a decline in OPS+ of 25+ points in the next season.

Looking over injury reports some bangs and bumps have slowed Vernon down, yet I don’t know if this totally explains the current trend. Could any of the following help to explain the OPS inconsistency?

Which version of Vernon will we see in 2009?