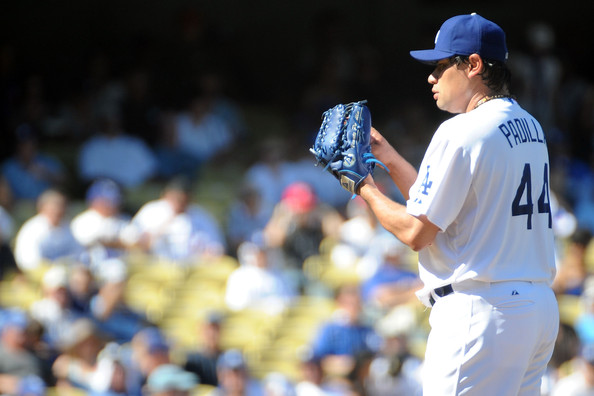 An Eephus pitch (also spelled Ephus) in baseball is considered a junk pitch with very low speed. The delivery from the pitcher has very low velocity and usually catches the hitter off-guard.

Vicente Padilla is beginning to garner a reputation around the NL for his Eephus pitch. Vin Scully refers to the 50 – 60 MPH pitch as the ‘soap bubble’.

It goes without saying that Padilla’s Eepuhs falls off of the table: 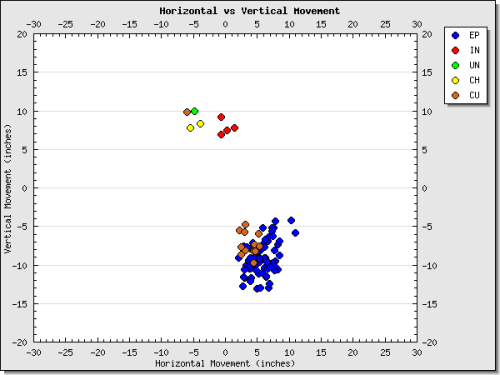 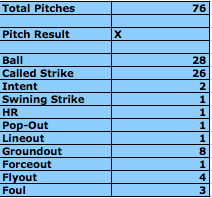 Due to injury Padilla has started only 11 games this season. With a total of 76 (74 non IBB pitches) below 63MPH pitches, he’s averaging close to 7 Eephus’ per game.

The Eephus itself is a fairly effective pitch. It has yielded 15 outs vs only 1 hit, an HR. Outside of that the pitch is right around 50/50 in being called a strike or a ball.

I wonder if a case of major league ‘machismo‘ begins to set in as the pitch begins to enter the back of players minds. I can’t imagine the ribbing major leaguers receive from their peers after they’ve been fooled by an Eephus.