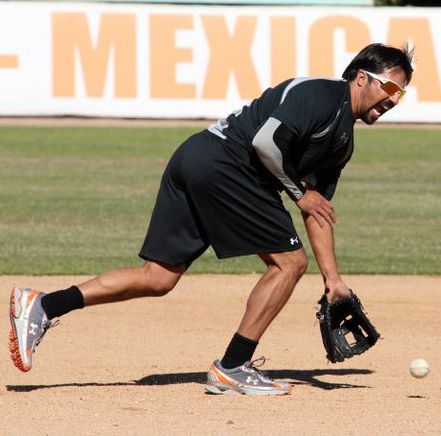 At the age of 43, former Colorado Rockies and Mexican star Vinny Castillo continues to play baseball.

The last time we checked on Castilla he was putting up decent numbers for the Hermosillo Naranjeros.  A year later he’s back and was seen in Hermosillo taking grounders at third base this morning.

Said Castilla, “I am in perfect condition, although I have not seen pitches in almost a year. I am sure with a few days of batting practice and taking grounders I will be ready to debut in the LMP (Mexican Pacific League) on December 7.”

Castilla, who retired from Major League Baseball in 2006, indicated that he did not know when he will say a final goodbye to professional baseball.  He just said that while he is still in good physical condition he will go on playing.  In 30 games last season for Hermosillo, Vinny hit .292 with 7HR and 27 RBI.  If you were to pro-rate those HR #’s over a 162 game season…  you’d have ~ 38HR.  So he’s still got some game left! 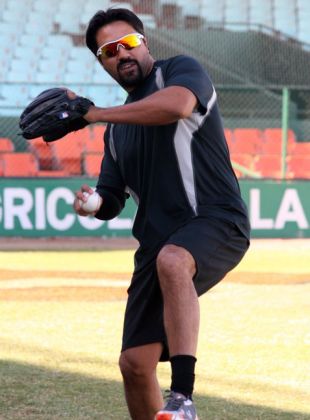 In other news, Hermosillo has really been trolling for the free agents, signing infamous slugger Karim Garcia.

The 35-year-old Garcia hit .361 with a homer and 12 RBIs in 15 games for Hermosillo last winter before heading back to Korea, where he is known as the “Latino Bambino.” Garcia has achieved All-Star status in Korea but became disenchanted with the KBO after a seven-game suspension and $3,000 fine for arguing with an umpire during a September game, and says he’s considering playing for Monterrey in the Mexican League next year. He hit .374 with 20 homers in 76 games for the Sultanes in 2007.

Look out, LMP.  Hermosillo is no joke!