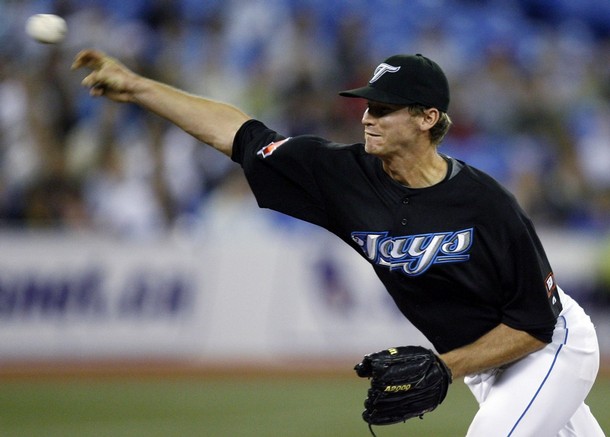 If you are a Jays fan, not too much.  Adam Loewen, who struggled at single-A this season, struggled here.  Brad Emaus improved upon his AA production – albeit against inconsistent competition.  Reidier Gonzalez is good but how good? We don’t know, he pitched only a handfull of innings in relief.

I do know a little about Robert “Bobby” Ray on the other hand.  Scouts have been comparing his delivery to that of Carl Pavano’s (is this a good thing or a bad thing?).  His mission at the AFL was to add some tools to get LH hitters out and he seems to have done that by refining his cutter and introducing a hybrid split-fingered change.  He performed at replacement level or slightly better during his few spot starts and all signs point to him topping out as a serviceable 5th starter.  Exciting stuff yes? 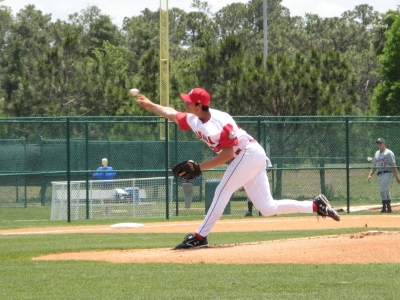 Well maybe not.  Let’s move now to some Canadian content shall we?  Remember Phillippe Aumont?  The Mariners prospect who played for Team Canada at the WBC?  The same Aumont who showed nasty stuff by getting out of a bases loaded situation by jamming David Wright and striking out Kevin Youkilis and Curtis Granderson in order?

Phillippe is was in the AFL working in relief as he has all season in the minors.  Aumont, who normally tops out at 94mph with his fastball, was routinely popping the upper 90’s on the radar gun.  However, just like how he got himself into trouble at the WBC, he has been erratic with his secondary stuff.  He struck out 17 in 11 innings but also walked 7.  Basically he was falling behind in counts and forced to pitch strikes that hitters knew were coming.  No need to panic – Aumont is still just 21 years old. 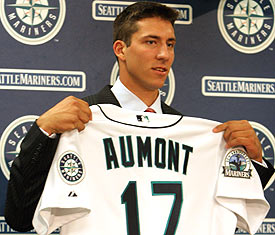 Update: Adam Loewen hit his 2nd HR of the AFL season tonight. Yippee.  Also, in a game where Tigers Prospect Cale Iorg’s team has 24 runs and 23 hits through 7+ innings right now, he does not have a hit.  That’s pretty much par for the course for Cale.