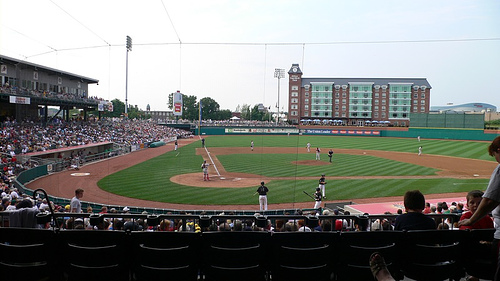 With all of the hoopla & enthusiasm surrounding the opening of the season for the Blue Jays, it’s easy to forget that the season is just beginning for some of the minor league affiliates.  Spring has sprung and all the seedlings are sprouting –  the same can be said for the minor leaguers.  Let’s have a look at a few notable players and what they’ve done early on.

Former Blue Jay and journeyman utility infielder Chris Woodward signed a minor-league deal with the Blue Jays in spring training.  He’s been assigned to AAA Las Vegas and has started the year off with a bang:  in his first 2 games “Woody” went 4 for 8 with a HR, 3 runs, 2 walks and 3 RBI.  After 4 games he has an OPS of 1.069. 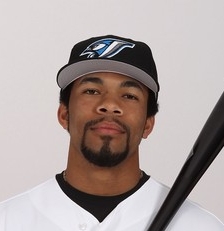 The late-blooming Eric Thames has been promoted to AAA Las Vegas after abusing opposing pitchers in AA New Hampshire last season.  At the time of writing this post, Thames is chewing up and spitting out Oakland A’s prospect Travis Banwart.  Thames is 2/2 for 2 runs, 3 walks and a HR to bump his average up to .500 on the season.

At 24, Thames might be seen as too old to be a prospect.  However, he’s only played 179 games in the minors coming into the 2011 season due to injury.  The fact that he is in AAA already speaks to the fact he has come a long way in a short time.  It could be that Thames is just now finding his groove after getting the requisite number of at bats.  With a Blue Jays outfield that is constantly in flux, destination Toronto could very well be the final stop on a meteroric rise for the California native in 2011. 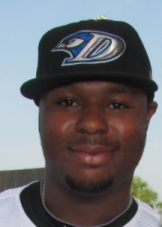 New Hampshire first baseman Mike McDade has started on a tear, hitting .500 in his first 4 games, highlighted by a 4/4 afternoon on Saturday to help lead the Fisher Cats to a 4-1 victory over Trenton.

McDade finished third in the Arizona Fall League with a .375 average in 2010, tied for the lead in doubles with 11 and was second in hits with 33 so he is one to keep an eye on. 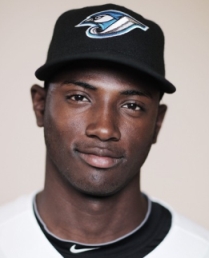 Hechavarria is back in New Hampshire after being aggressively promoted through the minors in his first season of professional ball.  Manager Sal Fasano has been flip-flopping Anthony Gose and Hechavarria in the leadoff spot.  Adeiny seems to be thriving there, going 3/4 with a double, a walk and 2 RBI.  Also worthy of note, fan favourite (at least in these parts) Pete Walker has been promoted to pitching coach of New Hampshire after coaching the Blue Jays’ Gulf Coast League affiliate. 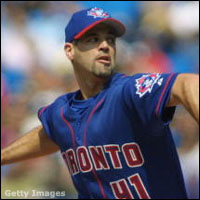 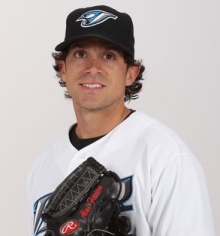 After a spectacular season in 2010 that included a stellar stint in the Arizona Fall League,  Alan Farina has been promoted to closer of the New Hampshire Fisher Cats in spite of Keith Law’s evaluation.  In 2 games and 1.1 innings pitched (sample size alert!), Farina struck out 3 of the 4 hitters he faced and saved one game while relying on his cut fastball.  Farina is one of the guys I mentioned that I was looking forward to seeing with the big club in the Bloggers Roundtable in the National Post. 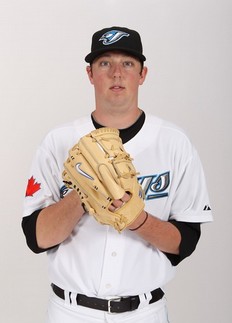 McGuire, who made waves last year for signing with the Blue Jays with 1 minute before the deadline, made his professional debut with the Dunedin Blue Jays in their home opener on April 7th.   Normally a starter, McGuire came on in relief of rehabbing starter Brandon Morrow.  He still pitched 4 innings and will most likely resume his starting role once Morrow rejoins the big club.  From MiLB.com:

Entering the game in the top of the 5th inning, trailing 7-0, rookie Deck McGuire showed the electrifying stuff that led to his being taken with the 11th overall pick in the 2010 draft. The 6’6” right-hander scattered 3 hits over 4 innings of work and kept the Thresher’s bats quiet through the middle innings. Mixing up his hard fastball and sharp breaking ball, McGuire struck out 5 in what was a very impressive professional debut. 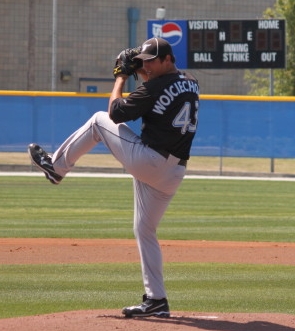 Image courtesy of battersbox.ca
Asher Wojciechowski was signed by the Blue Jays out of the draft last year and had 3 starts with the short-season Auburn Doubledays of low-level A-ball.  From MiLB.com:

Wojciechowski, whose fastball reaches the upper-90s, was selected 41st overall out of The Citadel. He received an $815,000 bonus after becoming the highest Draft pick in school history and made his pro debut with short-season Auburn, where he posted a 1.75 ERA in three starts. New York-Penn League opponents batted just .146 against him.

This year he’s been promoted to the Dunedin Blue Jays of the ultra-competitive Florida State League.

In his first start Sunday,  A-Woj allowed 2 hits over 5 scoreless innings while striking out 2.  He did not walk a batter.  After retiring the order in the first inning, Woj gave up 2 hits before retiring the next 11 batters he faced in order.  Not bad for a first start!  If he keeps it up, Blue Jays fans will have their hands full with a Wojciechowski to go with a Rzepczynski.