Who will be this Year’s Carlos Delgado?? 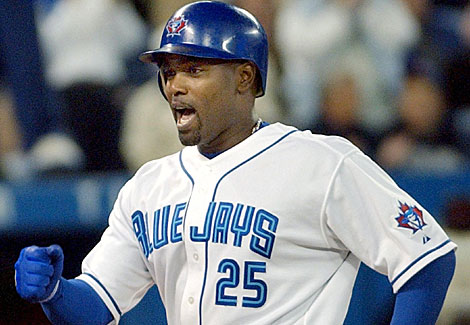 Depending on how old you are or how closely you followed the Jays in the past, you may remember opening day in 1994. A young upstart and at that time left fielder named Carlos Delgado captured the Jays media’s hearts with a few swings.

On opening day Delgado hit a shot just to the side of the Window’s restaurant. The next day he smacked another deep drive. After two games Carlos had a .500+ batting average with 2 HR. If you turned on TSN you could hear the sportscasters cracking out outrageous lines like “he’s on a 162 HR pace”, “ROY”, etc, etc. Carlos cooled off considerably after these two game, ending the year with a .215 batting average and 9 HR.

Who will this year’s Carlos Delgado be? If Snider or Rolen hit a few in the first few games will they be on pace for MVP seasons according to the Toronto sports media? If Purcey strikes out 10 in his first start will he be the rotations saviour and the world’s biggest bargain when compared to Burnett?

And usually I’d crap all over these sentiments. But hey, this is a rebuilding year. Let’s enjoy the success’ while we got’em. Scott, if you knock one out tonight let’s proclaim that your back in your prime. Snider, you can be the Jays all-time HR leader if you get off to a hot start. Being pragmatic is a no-no during opening week.

Note: I will be liveblogging tonights Cubs vs Astro’s game over at TheScore. Come on over and check it – http://liveblogs.thescore.com/Event/MLB_-_Cubs_vs_Astros