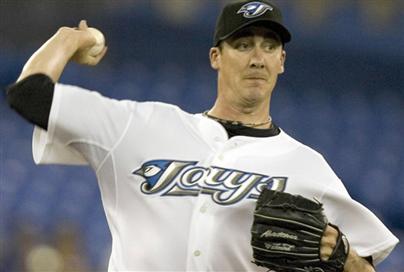 Why I don’t think Scott Richmond’s success will continue

Starting off with a sidebar

I’m not sure how far back everyone’s baseball memory goes. One of the greatest single-season pitching performances in my baseball lifespan was Greg Maddux’s strike-shortened 1994 season. That season he went 16 – 6 with a 1.56 ERA in a huge hitters season. Maddux didn’t overpower hitters. His control was unbelievable. In 202 innings he walked only 31 batters (3 intentionally). When I’d watch games Maddux would confuse hitters with a mix of location, movement and speeds. It was truly one of the best seasons from a starter in recent memory. His K/BB ratio that season was over 5.

But hey, this article is about Jays starter Scott Richmond

To be fair Richmond has far exceeded my expectations. He mixes in four pitches and is having some great success. Yet I can’t see this continuing. Firstly his xFIP is far higher than his actual ERA. For a Jays pitcher (ie a plus defense behind him) I find xFIP as a better indicator than FIP. xFIP is an formula that’s computed using FB% and an expectation that a portion will turn into HR. Richmond has allowed 4 HR in 5 starts and does 12.9% HR per FB. This, along with Richmond’s high 24% line drive rate spells big trouble going forward. Once those 24% of line-drives start falling in for hits, along with the FB HR%, Richmond will surrender more runs.

Secondly, and as a tie in with the Maddux commentary, Richmond’s BABIP is .261, exactly the same as Maddux’s 1994 mark. .261 is pretty much an unsustainable level for almost any pitcher. Even Doc Halladay had a .293 BABIP last season, which is still a great rate but far from .261. Throughout his career Maddux was able to keep his BABIP low due to his amazing control. Scott’s current K/BB ratio is 2.17. He’s walked 12 in 30 innings. This isn’t terrible but it certainly doesn’t come close to Greg Maddux’s level of command.

Scott will come back down to earth. I’d be shocked to see an ERA below 3.50 at the all-star break and absolutely flabbergasted at a sub-4.00 ERA by the end of the season.