John Hale over at the highly recommended Mockingbird today asked the question whether Marco Scutaro is for real?

In his post he showcased an ESPN Insider stat that listed Marco #2 in the MLB in the stat of well-hit pct of swings. He then went on to question Marco’s BABIP vs average and wondered if Marco was a very unlucky hitter throughout his career.

This left me wondering myself. Marco always posts a 20% Line Drive percentage, yet his BABIP is always under .300 (it should be higher). Something has to give. At first I thought that he may be hitting a high percentage of groundballs, which would explain the well-hit swings to BABIP ratio. But that wasn’t the case.

My next hunch is probably the answer. Here is a hit chart (using only singles for simplification) of Marco’s 2008 season at the Rogers Centre. 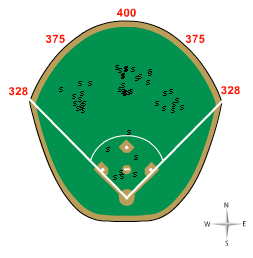 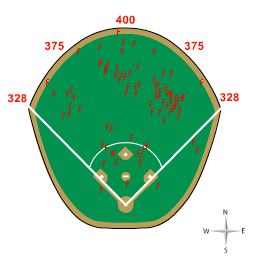 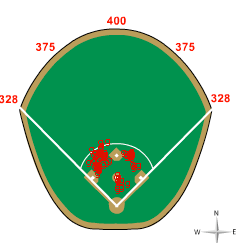 These images illustrate some real contact “pockets”. This leads me to believe that even with a high percentage of linedrives and “well-hit swings” Marco is very easy to defend in terms of positioning. And this would go a long way in explaining why someone with a very high LD% year in and year out isn’t “finding the holes” in the defense.

With this said Marco is still a good hitter and he’s having a great start to the season. I’m not trying to hate on him, he’s one of my favorite Jays. Its just that judging from these charts his LD% will probably never ‘click’ with his BABIP like it should.