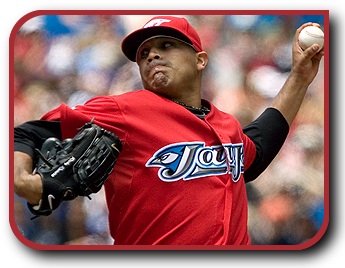 After being labelled a failed prospect, Ricky Romero broke 2009 spring training as a member of the rotation. He was kicking ass and taking names over the first half of the season, compiling a 3.00 ERA, 1.264 WHIP. Injuries, possible fatigue and the creation of ‘the book’ have all been pointed to for his lackluster second half, which (5.54 ERA, 1.769 WHIP. He finished up the season with 13-9 with a 4.30 ERA, exceeding almost everyone’s predictions heading into the season.

Some quick research over at fangraphs.com regarding his second half plunge yielded some interesting results.

Firstly his walk rate increased drastically in the second half 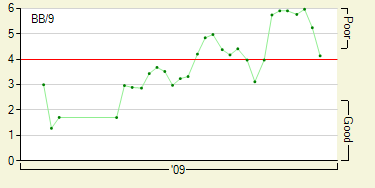 Next up is his groundball percentage. Romero induced more groundballs at the latter stages on the season. Good stuff 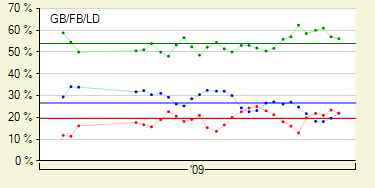 Here is his BABIP. It increased significantly as the season wore on. An odd contrast when considering the uptick in his GB%. 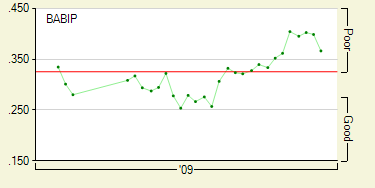 And lastly his HR/9. This actually dropped significantly after the start of the season and once again over his final five starts. 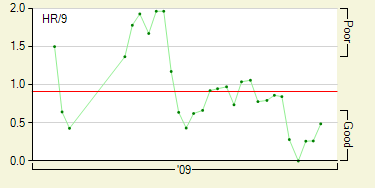 So what’s going on here? We have a player that was roughed up in the second half that increased his GB% while lowering his HR/9, all while having his BABIP against shoot up. On the negative side he began handing out too many free passes and rumblings about ‘the second time around the league scouting reports’ have been mentioned in various circles.

What will we see from Ricky Romero in 2010? Bill James (mixture of stats and anecdotal analysis) sees Romero struggling, with a 7-14 record (5.59 ERA. The stat based prediction models naturally predict improvement due to his young age, with Marcel calling for a 10-8 record (4.47 ERA).

Where do you think Ricky Romero’s stat line will end up in 2010?