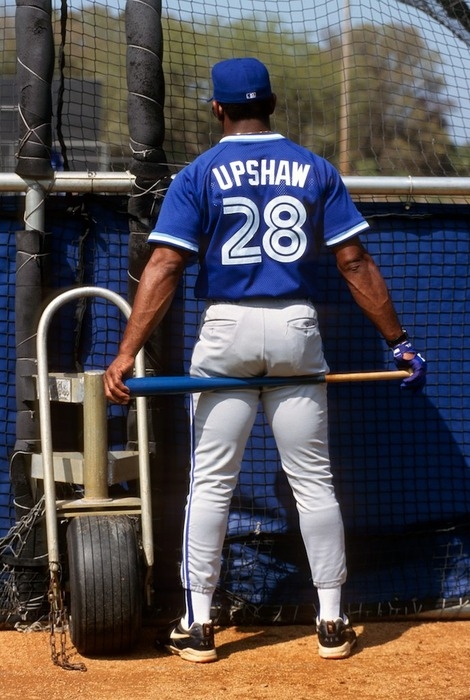 Willie Upshaw took over from John Mayberry as the Toronto Blue Jays’ primary first baseman in 1982.

Originally drafted by the New York Yankees in 1975, the Blue Jays acquired him through the Rule 5 draft in 1977.  He made his major league debut in 1978 and stayed on the 25 man-roster so the Blue Jays didn’t have to return him to the Yankees.  He struggled in 1978, and was then sent to the minors for a full season before bouncing up and down in 1980-81. During this time the Jays’ incumbent first baseman John Mayberry took the young Upshaw underneath his wing, mentored him, and showed him the nuances of the first base position. Mayberry’s tutelage eventually led to his own departure in 1982 as the Blue Jays gave the full time first baseman’s job to Upshaw. 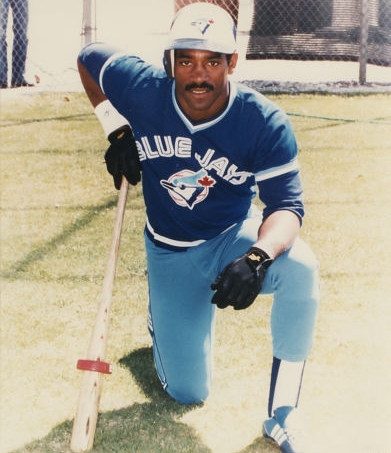 1982 proved to be Upshaw’s coming out party as he hit 21 home runs and drove in 75.  He improved on those numbers the following season, becoming the first Blue Jay to ever knock in 100 RBI with 104.  He also hit 27 home runs and scored 99 runs.  This translated into a tidy .887 OPS and an 11th-place finish in MVP voting that season. 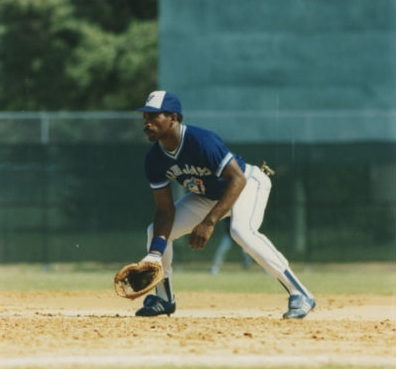 Upshaw’s production steadily declined over the next three seasons. As the Jays became legitimate contenders in the AL East, a move had to be made. Upshaw gave way to the power-hitting Fred McGriff and Upshaw was sold to the Cleveland Indians.  The Toronto Sun’s Bob Elliott talked recently about how that move shook down:

It was clear Fred McGriff would play first, Cecil Fielder would DH and incumbent Willie Upshaw would be moved. Upshaw dodged phoned calls all winter and would not discuss the subject in the spring.

As the first pitch was delivered to Lloyd Moseby in Port Charlotte, the Jays announced Upshaw had been dealt to Cleveland. GM Pat Gillick had signed Upshaw in the living room of Upshaw’s Plano, Tex., house in 1975, took him in the 1977 Rule V draft which led to the Jays adding Kelly Gruber, George Bell, Jim Gott, Manny Lee and others. Gillick called Upshaw the foundation of the franchise.

Sports editor Wayne Parrish tells me to make the two- hour return drive to Dunedin where I track down Gillick.

Was this the most difficult trade he ever made?

“No, not at all,” Gillick answered.

The next day Gillick showed looking like he’d gone 10 rounds with Mike Tyson on 15 minutes sleep.

“How would you feel if you had to trade a player you thought the world of?” Gillick said.

I asked you that yesterday.

“You didn’t ask me on a personal level,” Gillick said.

Willie played just one season in Cleveland before moving to Japan to play for the Fukuoka Hawks for two seasons. Since retiring, Upshaw has been active in the coaching and managerial ranks.  Upshaw was the first base coach for the San Francisco Giants when Barry Bonds broke the all-time home run record.  He is currently the Manager of the Bridgeport Bluefish of the Atlantic League and his son, Chad Upshaw,  was an NFL tight end. 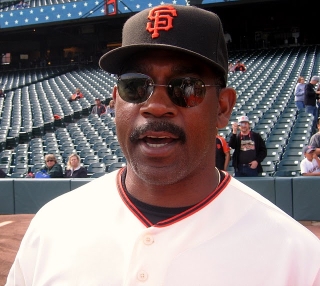 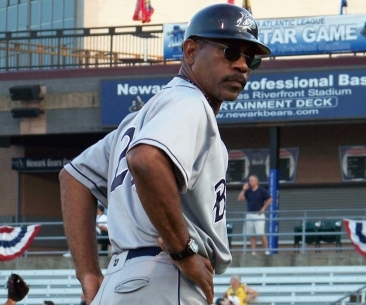 Below is some footage of Willie in action: