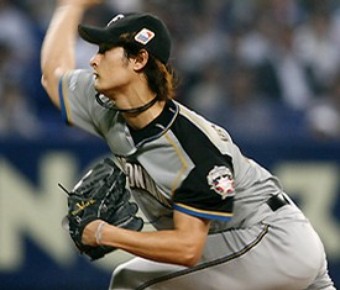 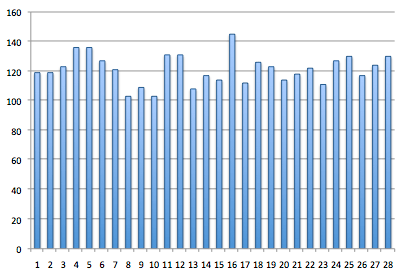 Yu pitched once a week for approximately 60% of the season, from opening day until right around August 19th. From that point on, he pitched on an MLB like five to six days rest. Due to the Nippon Ham Fighters securing a playoff spot, the team skipped his final start of the regular season (scheduled for Oct 16th).

The ERA stat is on-going seasonal mark, which in this instance showcases Yu maintaining a high level of success throughout the season. For the 2011 campaign and 232 IP, Yu allowed only 156 hits, 5 HR and struck out 276 against only 46 walks + hit batters. He threw at least 8 IP in 25 of his 28 starts. He averaged 121 pitches per start.

Playoff Amendment to pitch count: Coming soon (once the NPB playoffs have concluded). To be updated fan us on Facebook and/or follow us on Twitter @mopupduty

While Darvish throws as many as five different pitches, his two main offerings are his fastball and slider. Using NPBTracker tracker data, here are pitch velocities from the beginning, middle and end of the 2011 regular season.

As noted in our Yu Darvish 2010 Pitch Count article, last season Yu broke the 140+ pitch count barrier nine times and the 130 barrier ten times, for a season total of 3234 pitches.

This season he threw 140+ only once (145 on July 30th) and the 130+ mark seven times, eliminating higher workload starts but throwing more total pitches for the season (3396). His 2011 total would have earned him a rank of 22nd overall in the MLB. 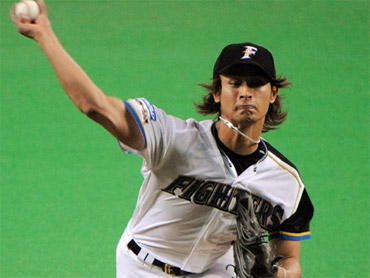 It’s easy to find unsubstantiated Darvish rumours within just about every teams Blogsphere. The following is a concrete list of teams have scouted at least one Darvish start since August 2011, sourced by traditional Japanese media sources such as Nippon Sports (Sponichi Sports), Asahi, etc (via Yakyu Baka)

Outside of possibility of the Chicago Cubs (who may be involved since the Epstein hiring), the majority of the MLB ‘big spenders’ appear to be interested. One would imagine that the starting pitching questions in Boston & the Bronx has risen Yu’s procurement cost.

Is the pitch count still a concern? The crazy 140+ outings have been all but eliminated. With a total posting fee plus contract cost likely exceeding $100 million, is the potential reward of an ace worth the financial risk?