Japanese Superstar and possible future MLB ace Yu Darvish is racking up an under-heard of pitch count during the 2010 NPL season.

The Japanese Baseball season is over. Here are the final pitch count numbers for Yu Darvish 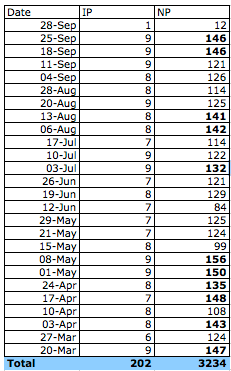 And in graph format 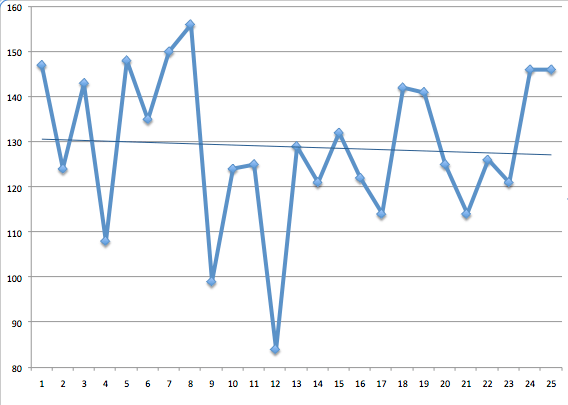 Towards the end of the season the Nippon-Ham Fighters eased up on Darvish’s pitch count, including a stretch of four starts in a row below 130 pitches (Aug 20 – Sept 11). Of course, after that they ran him out to the hill for consecutive 146 pitch outings. Oddly enough Yu wasn’t finished, as he made a 12 pitch relief performance just days after his final 146 pitch start of the season.

For the season Yu threw 3234 pitches. This would rank him 43rd overall in the MLB. Young Jays starter Ricky Romero is a spot ahead at 3241. Four MLB pitchers threw over 3700 pitches in 2010 (Haren, Verlander, Felix Hernandez, Jered Weaver).

Darvish and the Fighters have made it clear that Yu will spend the 2011 season in Japan, and then be posted in time for the 2012 MLB campaign.

Will prospective buyers be more concerned with the game-by-game stats or go by the overall season pitch count total?

Note: Original article with additional analysis is below 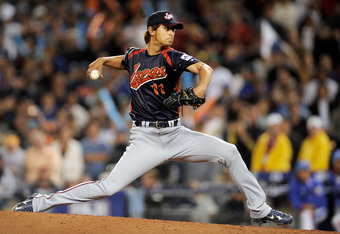 Darvish has not only averaged 128 pitches per outing, he’s also broken the 140+ pitch mark on six different occasions.

Of course we all remember the stir that Edwin Jackson’s 149 pitch no-hitter caused. Here’s a sample from the AP recap:

“All’s well that ends well. We stopped counting at about 115,” Diamondbacks manager A.J. Hinch said. “You do want to make smart decisions. You do have a chance at history and you don’t want to take it away from him.”

No one has thrown that many pitches in a nine-inning game since June 3, 2005, when Washington’s Livan Hernandez(notes) threw 150 against the Marlins 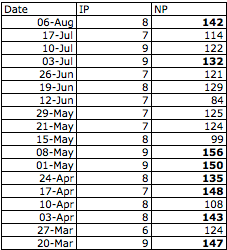 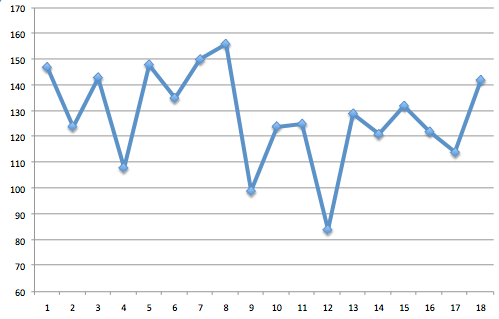 Will this scare away MLB club front offices?

One American League executive guessed if Darvish posted after this season the fee to negotiate a deal would cost “around $75 million.” Another suggested “it could be even higher.” If the Red Sox paid $51 million for a 26-year-old Matsuzaka, a 22-year-old Darvish could command a 50 percent premium.

A) Do you agree with that pitch counts are over-rated? Our own Mopupduty.com writer Callum wrote an article dismissing the importance of pitch counts

B) Do you believe that they indeed do matter and that Darvish should be seen as ticking timebomb?

C) Does your opinion land somewhere in-between A & B? Do you believe that certain pitchers have the ability to continually perform (and stay healthy), despite high pitch counts?