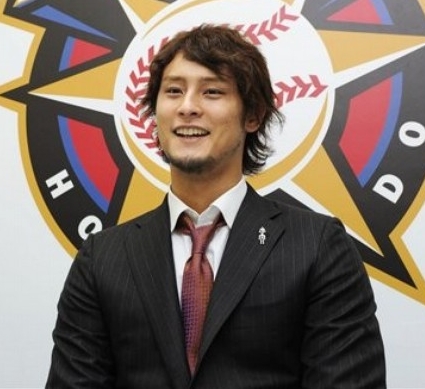 With the announcement that Japanese pitcher Yu Darvish has hired agents Arn Tellem and Don Nomura in preparation for his posting, I began to think about how Darvish might be the perfect fit for the Toronto Blue Jays. 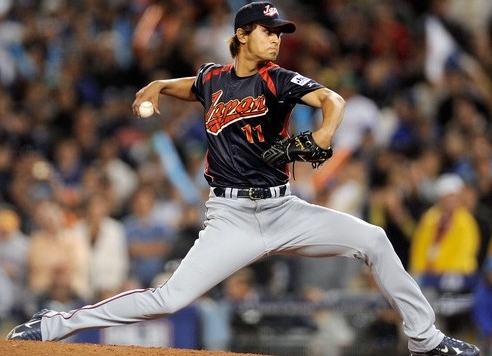 For those who are not familiar with the Japanese pitching phenom, we profiled Darvish almost 4 years ago.  Since then, he’s turned in a stellar performance at the 2009 World Baseball Classic and has packed on much more muscle to his lanky frame to increase his durability.

Just yesterday I read a “scouting report” on Darvish from Oyl in Tokyo.  I use the term “scouting report” loosely because the piece doesn’t so much scout Darvish as fawn over him with much hyperbole.  In the post Oyl makes a contentious point:

Darvish’s most contemporary Japanese comparison has been Boston Red Sox starter, Dice-K. The comparisons between the two pitchers should stop after ‘country of origin.’ Dice-K’s tumultuous major league career is not an indication of the kind of potential Yu Darvish possesses. Major League teams knew exactly how good Dice-K could be. His talent was not on the rise when he made the jump to the major leagues. He was a legend in Japan during high school, and had a solid professional career. By the time he switched to the majors, he was a crafty veteran, with a well documented scouting report.

Darvish detractors will often point to his Japanese contemporaries in Matsuzaka, Igawa, Ishii, Ohka, Kobayashi et al.  Currently Darvish is only 25 years old.  Assuming he is posting this offseason and joins an MLB team, he will just be entering his prime at age 26 with (presumably) his best years ahead of him.  In fact, based on age, his career path would mirror that of Hideo Nomo.  At age 26, Nomo played his first MLB game for the Los Angeles Dodgers and went on to win the Rookie of the Year award and finished 4th in Cy Young voting.  What Oyl fails to recognize is that Matsuzaka was also 26 years old when he played his first MLB game.  Why would Major League teams know exactly how good Dice-K could be and not Darvish?  Why was Dice-K’s talent not “on the rise” while Darvish’s is? Matsuzaka was a crafty veteran when he joined the majors at age 26 but Darvish would be a young stud at the same age? 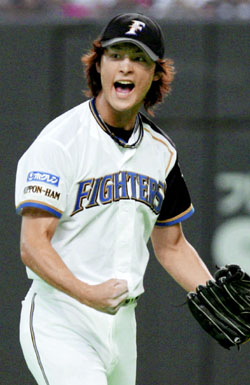 The  difference between Matsuzaka and Darvish (or Nomo for that matter) is that Matsuzaka’s workload was ridiculous in his youth.  Here is an excerpt from our Dice-K profile from 2006:

(Matsuzaka) made a name for himself at the age of 18 when he led Yokohama High school to the Japanese Highschool National Championship (The Koshien Tournament). In the quarter finals of that tournament, Matsuzaka threw 250 pitches over a 17 inning complete game (!!!), emerging victorious. As if that wasn’t amazing enough, THE VERY NEXT DAY Daisuke pitched in the final and threw the first no hitter ever in a final.

Although Darvish isn’t babied by any stretch of the imagination, he’s never been treated like a rented mule as is the case with Dice-K.  In 2011 Darvish was averaging 125 pitches per start with 5 days of rest instead of the regular 4 days that is customary in MLB.  Darvish also has 5 inches and 4o pounds on Matsuzaka.  In my mind, the abuse Dice-K was subject to in his formative years is the reason why many view his career as “tumultuous.”

While many think Dice K’s career has been a bust, I look towards Dice-K’s 33-15 record with a 3.72 ERA in his first 2 seasons in MLB.  Nomo was 29-17 with a 2.90 ERA in his first 2 seasons.  If you think that Darvish lies somewhere in between, split the difference and you have twice as many wins as losses and an ERA hovering around ~3.30.  If I’m a contending team, I’ll take that.  (Of course this is an exercise in futility since Darvish is his own man and not an excel spreadsheet.)

The elephant in the room when it comes to the Japanese posting process is straight cash money.  In 2006, the Boston Red Sox won the bidding rights to Dice-K with a bid of $51 million.  They then signed him to a six-year, $52 million dollar contract, bringing the total number of the deal to $103 million.  Consider that a starting point for Yu Darvish.

As soon as big money is mentioned, Jays fans have a tendency to write the team off of ever having a chance to land the player or complain that the team never spends any money.  Getting Blanked was nice enough to debunk that myth for us all so I don’t have to go into it myself. But really – why not us?  After all, who would have thought the Cincinnati Reds, of all teams, would land Aroldis Chapman?

The Blue Jays have the wealthiest owner in baseball in Rogers Communications and have stated numerous times that they are not afraid to spend money once the team is in contention.  But is signing Yu Darvish the right move if the team is in fact on the cusp of contention?

The Tao of Stieb is loath to sign big-name free agents to long term contracts, and with good reason. He (or they?) stated on Twitter:

You can’t really blame him for feeling this way.  He’s right – paying for a player’s past performance and crippling your franchise in future years when the player himself becomes close to being a cripple… well, that’s not the way to go.  Spending $50+ million just to negotiate with a player who has never thrown a pitch in the Majors is a very risky move and could very well cripple a franchise.  That said, Darvish isn’t exactly a veteran at age 26 and if he is signed to a similar deal to Dice-K, the final year of his deal will be at age 32.  This is an advantage he has over the “proven veterans” that exist on the open market – youth.  If Darvish’s training regimen is as legendary as Oyl in Tokyo says it is, he’ll be just fine – just look at Roy Halladay.  Even Hideo Nomo led the AL in strikeouts at age 32.  But if Oyl’s post is all smoke and mirrors (and it very well might be)… you can look to Dice-K.

Those fretting about the unknown can take solace in the gospel according to Keith Law.  The ESPN scout and former assistant to former GM JP Ricciardi calls Darvish a legitimate ace (insider only), not just a #1 starter (ask Hum and Chuck what the difference is). 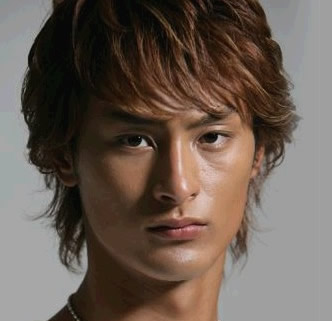 Drew Fairservice from Ghostrunner on First thinks that we are on the cusp of contention with the addition of CF Colby Rasmus:

Moving from a replacement level-ish stopgap to a guy with legit 6 Win upside right now, not 4 years down the road means the club requires one fewer piece to compete. One piece (Prince Fielder?) makes them not a good team but a competing team. A “better than the Rays” team. A “shit down the throats of the AL Central” team. A “buy your tickets now” team.

It is happening, people. Maybe Prince Fielder is a bad example but, then again, maybe he isn’t? This coming offseason starts the whole “marginal win value” debate anew. That is a debate that can be an awful lot of fun.

He’s right.  It is an awful lot of fun.  Let’s look at the roster for 2012 should the Jays be able to acquire the Princely One and sign Yu Darvish.  For argument’s sake, I’ll slot Darvish behind Romero so he can get his feet wet.

That looks pretty close to a contender to me.  At the very, very least a 2nd wild card.  As we know, the bullpen is the easiest thing to fix and can be taken care of in the offseason, especially now that the Jays have a top-5 farm system in all of baseball.  In a best of 7 playoff series, I feel confident with Romero, Darvish and Morrow toeing the rubber.  Of course, whether or not the Jays land Darvish depends on whether Alex Anthopoulos’ evaluation of his talent matches up with how much Darvish (and other MLB teams) feel he is worth (as well as whether or not he is a fit for the Blue Jays’ long-term plans).

Toronto is a world-class, cosmopolitan city which Darvish would be able to adjust to almost seamlessly, in my mind.  To me, Darvish fits all of the criteria the Jays require:  a young, dominant pitcher who fits in with the team’s plans for years to come.  Of course, in baseball, nothing is certain.  But with great risk comes great reward and the Jays are going to have to make a splash in order to get over the Red Sox/Yankees hump.  I believe that Yu Darvish is the missing piece to the Blue Jays playoff puzzle.