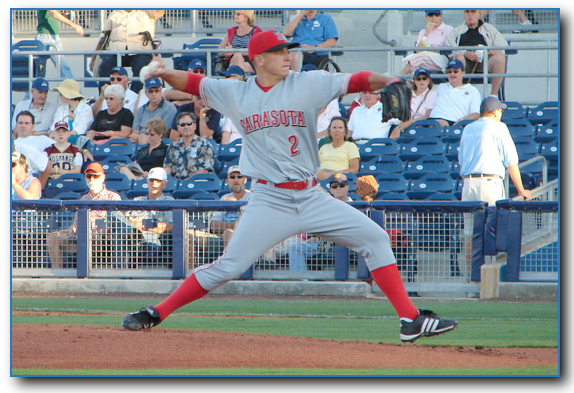 What’s going on with Zach Stewart? The key prospect acquired in the Scott Rolen trade is currently pitching in AAA Las Vegas. To this point he’s been used exclusively out of the bullpen. His role has been short relief and his longest outing has been one inning. I’m not going to read too much into four appearances. Here’s a screen cap of his game logs;

We’ll get to see Stewart in a Toronto uniform soon enough. He’s a shoe-in to be a September call-up (total of only 94.2 IP this seaon). And in my mind a September call-up for a pitcher on this club is a plus, as they’ll receive some good ole’ Brad Arnsberg tutelage.

Here’s a video of Stewart facing the Reds in pre-season inter-squad game. He faces Edwin Encarnacion. Watch for the nasty slider that he throws around second 22. He makes EE look like a fool.