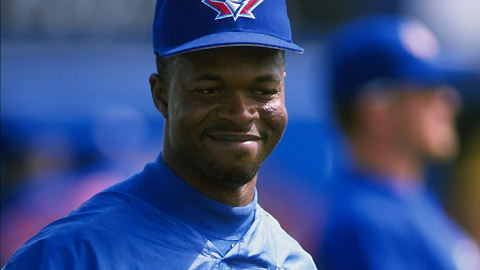 In this, the first installment of a (possible) recurring “Epic Games” theme, I reminisce about Tony Fernandez Day.

Longtime fan favourite of the Blue Jays, shortstop & defensive wizard Tony Fernandez, was signed as a free agent in 2001 after being released by the Milwaukee Brewers to experience (in unique Blue Jays fashion – see Pat Hentgen et al) a final swan song.  Fernandez had a storied career and was still effective in a reserve role in this his third time with the Toronto organization.  That season Fernandez had announced his retirement from baseball with the desire to retire as a Blue Jay.

(For those who never had a chance to see Tony play in his prime, here is just a little taste with Tom Cheek narrating to spice up the flavour:)

The reason this game stands out to me was because at this time in my life I was in University and lived with a few friends as roommates.  One of them had met his girlfriend (now wife) in Australia and had brought her to Canada to spend time with us.  During her stay here we talked at length about baseball  and she was excited to witness her first Blue Jays game at the SkyDome. My roommate took her on September 4, 2001 which was announced as “Tony Fernandez Day,” a game in which the team would pay tribute to Tony throughout the game. They chose this game not for Tony Fernandez Day but because the Jays were playing the most hated New York Yankees.  I had hoped for her sake that it would be an exciting game and that Tony himself would get a chance to play as a mediocre Jays team played out the string of meaningless games at the end of September.  I stayed at home and watched and really hoped that the Jays didn’t embarass themselves too badly against the Yankees. 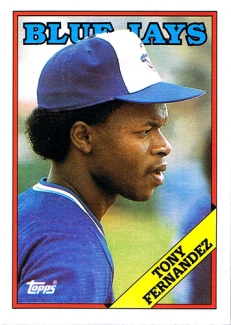 Much to my delight the Blue Jays opened the floodgates early, knocking Pettitte out of the game after 3 innings and scoring 6 runs.  His replacement, future Jay and John Gibbons antagonist Ted Lilly, didn’t fare much better.  In the 7th inning, with the Jays leading 9-0, Cesar Izturis led off with a single.  Pinch-hitting Chris Latham (remember him?) hit a single to RF.  Alex Gonzalez followed that up with a walk to load the bases for Shannon Stewart. But wait! Who is that strolling from the dugout with a bat in his hand? Then-manager Buck Martinez motioned for a pinch hitter – Tony Fernandez!

With the bases loaded and 1 out and Carlos Delgado on deck there was a good chance that Fernandez was going to be pitched to. And he was. As Tony stepped into the batter’s box, 20,036 fans rose to their feet for a standing ovation. A few pitches later they were on their feet again as Tony Fernandez stroked a Ted Lilly fastball into the RF seats for the Grand Slam Home Run. 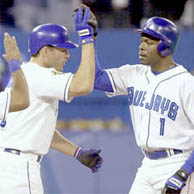 “For a guy that’s not a home run hitter, it’s a big thrill,” said Fernandez, who has 94 home runs in 20 major league seasons.

“It means a lot. I wish it would have been my last one, the last day of the season.”

Fernandez, the shyest of Blue Jays, smiled sheepishly when dragged out of the dugout for a rare curtain call

When asked if he was reconsidering retirement, Fernandez said: “Nah, this is it. I am just grateful and I just want to enjoy this moment.” 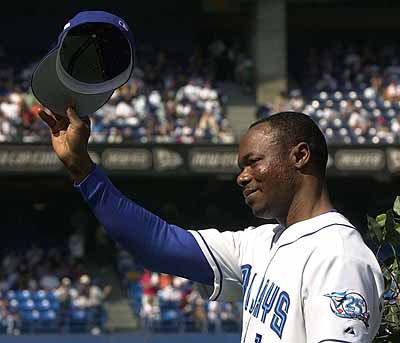 Not only did Fernandez thrill the fans with his bat, but Chris Carpenter absolutely dominated the Yankees, making them look foolish.  Carpenter finished with a complete game shutout win, 12 strikeouts (including 5 in a row), 0 walks and only 6 hits allowed.

At the end of the day the Jays had thumped the Yankees 14-0 with plenty of theatrics.  A better script for a visiting Australian fledgling baseball fan could not have been written. 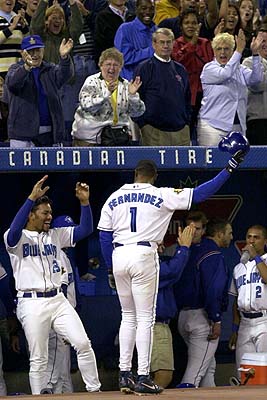 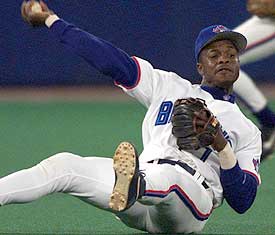 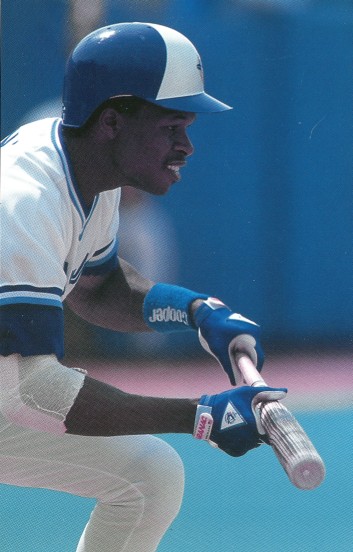 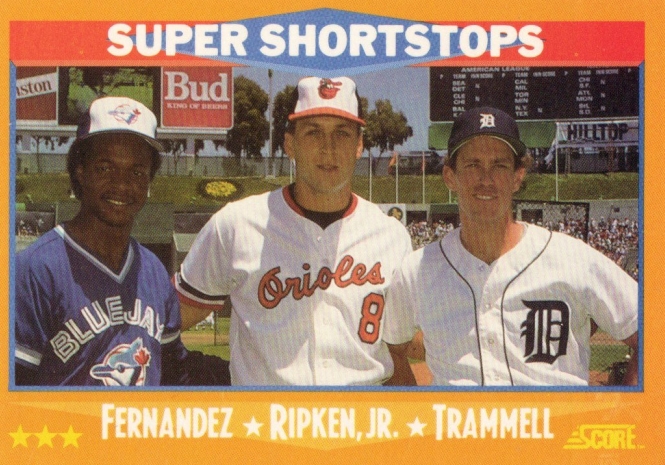