Former Toronto Blue Jays closer Roberto Osuna has landed in the Mexican League in an attempt to turn his baseball career around.

Former Toronto Blue Jays closer Roberto Osuna has signed with the Mexico City Diablos Rojos of the Mexican League. Osuna was a member of the Diablos Rojos when the Blue Jays signed him as an international free agent in 2011.

Osuna is remembered in Toronto for being arrested and charged for the assault of the mother of his 3-year old child. Osuna received a 75 game suspension from MLB before being swiftly traded to the Houston Astros for Ken Giles, David Paulino, and Hector Perez. In parts of three seasons with the Houston Astros, Osuna racked up 51 saves in 92 innings with a 95:15 strikeout-to-walk ratio. Osuna was limited to 4.1 innings in 2020 due to elbow issues and/or a forearm strain and cleared waivers at the conclusion of the 2020 season, becoming an unrestricted free agent. 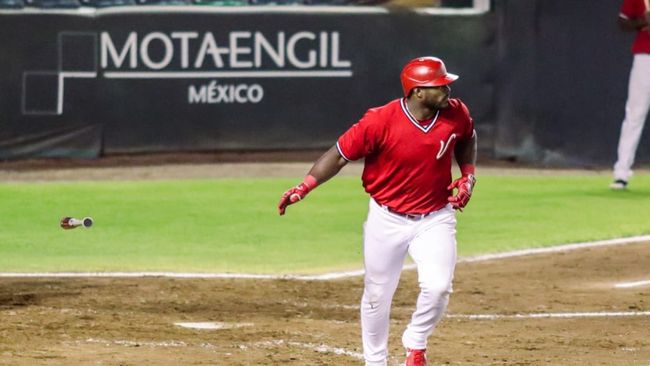 The Mexican League seems to be a popular destination for violators of MLB’s Joint Domestic Violence, Sexual Assault, and Child Abuse policy. Although it has not been proven if Yasiel Puig has violated MLB’s policy, Puig has landed in the Mexican League after failing to sign a contract with an MLB team. Puig’s extended stay in baseball purgatory is likely due to the fact he’s been accused of sexually assaulting a woman at the Staples Centre in 2018. Puig denies the assault allegations and there is no official timetable for a court ruling. Having tested positive for COVID-19, Puig did not play in 2020 (though he was close to signing with the Atlanta Braves before his positive COVID-19 test). Puig has been a free agent since his contract with the Cleveland baseball team expired in 2019.

Additionally, former top college baseball prospect Luke Heimlich – an admitted juvenile sex offender – has found a home in the Mexican League with the Tecolotes de Dos Laredos. Once projected as a first-round draft talent, and winner of the college National Pitcher of the Year award, Heimlich was passed over in all 40 rounds of the 2018 draft due to his guilty plea in 2012 on child molestation charges. Although Heimlich recanted his guilty plea (he said he wanted to spare his family a long trial), he struggled to find employment on the baseball field. He signed a deal with a team in the Chinese Professional Baseball League, but the league office voided his contract three days later. A post-draft workout with the Kansas City Royals was cancelled due to public pressure. Heimlich eventually signed with Dos Laredos in March of 2019, and following a lengthy and somewhat controversial vetting process, had his contract approved by the league a month later.

Whether you believe the Mexican League is of ill-repute as a result of these signings, or a necessary purveyor of second chances, it will be interesting to see if these players will be able to capitalize on these opportunities and be able make a return to MLB (or in Heimlich’s case, reach affiliated baseball).